TIGERS COMEBACK TO WIN 2-1 IN A SO 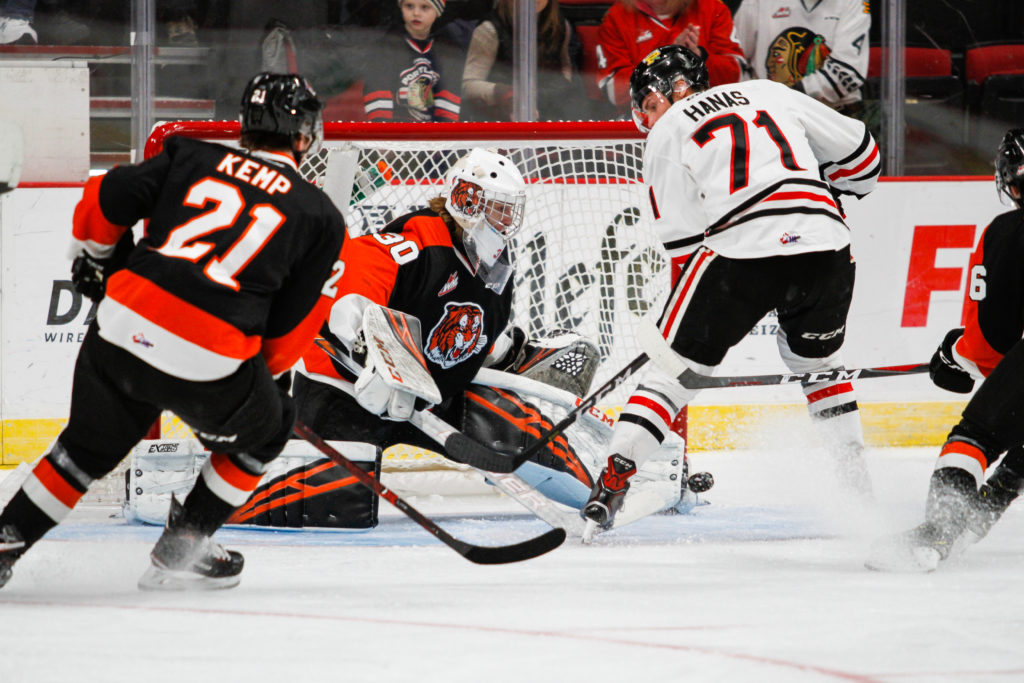 Medicine Hat, AB — The Medicine Hat Tigers finished their road trip on a strong note by coming back to defeat the Portland Winterhawks 2-1 in a shootout.

Rookie goaltender Mads Søgaard stopped 32 of Portland’s 33 shots and earned the first star of the night.

The Winterhawks struck first when Joachim Blichford scored midway through the opening frame.

Portland held their 1-0 lead until early into the final frame. While the Tigers were on the penalty kill, Ryan Chyzowski won possession of the puck and skated it up ice with Ryan Jevne. Chyzowski fired the puck on Winterhawks’ goaltender Shane Farkas and Jevne was there to put it into the net to tie the game up. Jevne’s goal was his 25th of the season.

Play continued to be coast to coast as regulation time wound down. The two teams battled hard in overtime but the game was decided in a shootout.

The Winterhawks shot first in the shootout and it went to five rounds before Chyzowski scored the only goal to win the game.

Medicine Hat returns home with a 3-0-1-0 record from their road trip and improved to a 31-18-3-2 record on the season. The Orange and Black will be back in action Wednesday night when the Saskatoon Blades come to town.  The game will start at 7 PM and it is brought to you by Chat 94.5 FM. The Canadian Red Cross will be in the Hut 8 Community Corner.