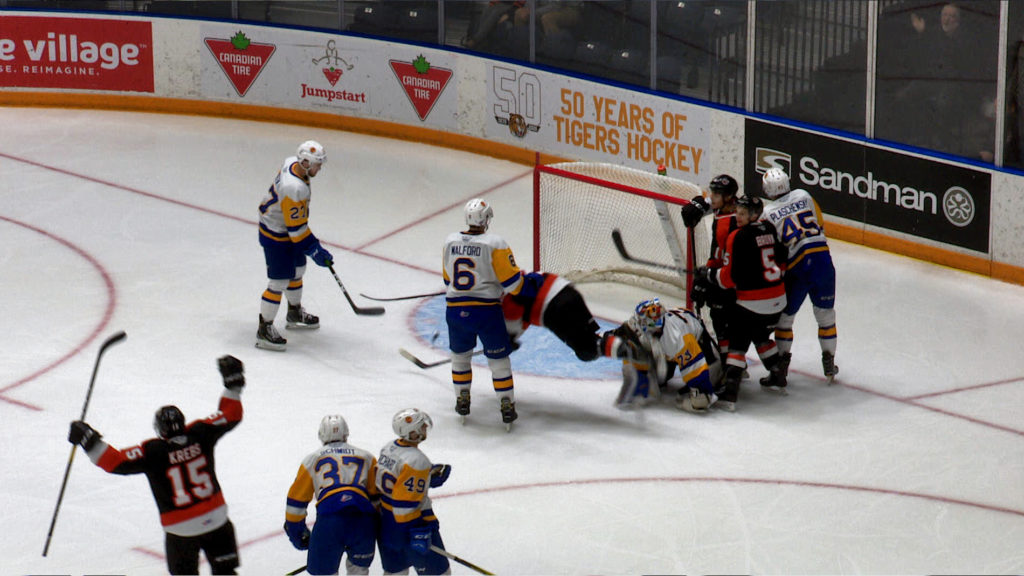 Medicine Hat, AB — The Medicine Hat Tigers extended their win streak to four games in a row after defeating the Saskatoon Blades 3-1 on Tuesday night.

Midway through the frame, Chyzowski wrapped around the net and snuck the puck past Saskatoon’s goaltender Nolan Maier. Chyzowski’s seventh goal of the season was assisted by Cole Sillinger and Kemp.

Less than a minute after Chyzowski’s goal, Krebs scored his first career WHL goal beating Maier glove side. Corson Hopwo picked up the lone assist on the play.

The only goal in the final frame was scored by Saskatoon’s Zach Huber. It was his third goal of the season.

Maier turned aside 48 of the Tigers’ 51 shots in the contest.

The Orange and Black are now 8-2-1-0 and they will embark on a nine game road trip starting this Sunday in Calgary against the Hitmen. Their next home game is November 16th against the Edmonton Oil Kings.