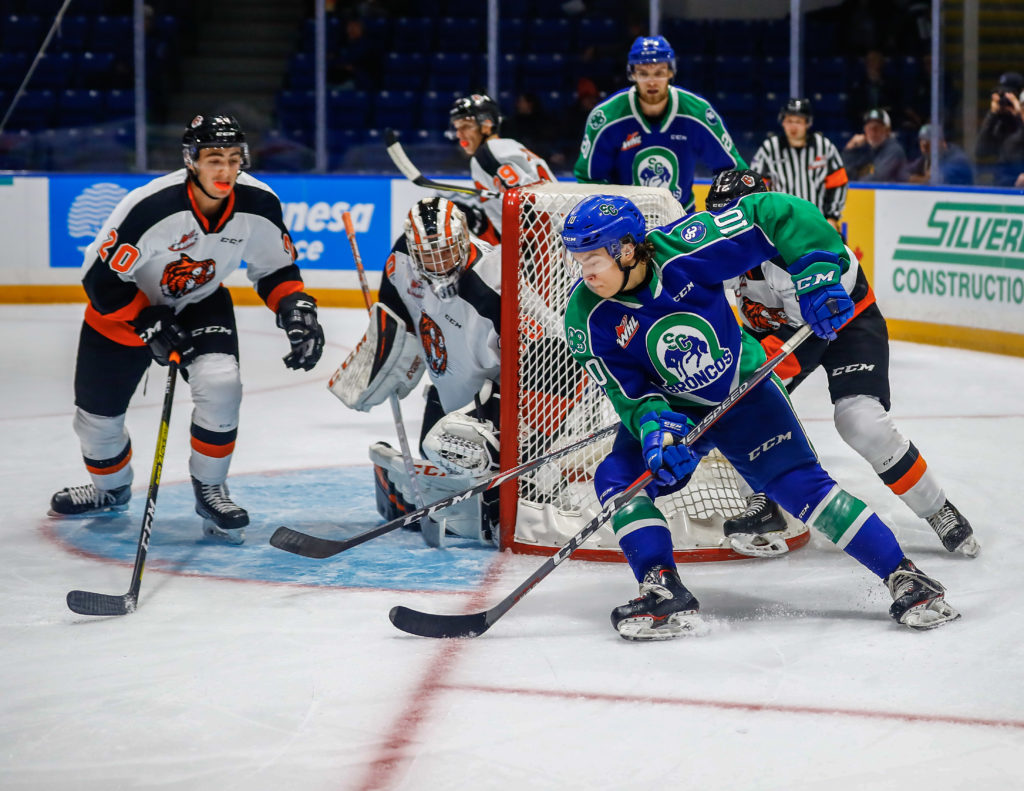 Medicine Hat, AB — The Medicine Hat Tigers travelled East to the Innovation Credit Union i-Plex where they opened their home and home series with the Swift Current Broncos by defeating the Broncos 2-0.

Veteran forward Tyler Preziuso broke the stalemate early in the final frame. With traffic in front of the net, Preziuso pounced on a loose puck and slide it past Broncos goaltender Isaac Poulter. Corson Hopwo and James Hamblin earned the assists on Preziuso’s first goal of the season.

Late in the game while on the power play, Bryan Lockner beat his man then fired the puck past Poulter to seal the 2-0 Tigers victory. Lockner’s second goal of the season was assisted by Jonathan Brinkman and Hamblin.

Goaltender Mads Søgaard stopped all 25 shots faced earning his first shutout of this season and his fourth career WHL shutout. On the other end of the ice, Poulter stopped 45 of the Tigers’ 47 shots.

The Tigers are now 2-1-0-0 and they will return home to host the Broncos Saturday night at the Canalta Centre. Saturday’s game will be presented by CHAT 94.5 FM in support of their Annual CHAT Food Drive for the Medicine Hat & District Food Bank. The game starts at 7:30 PM and there are still tickets available.