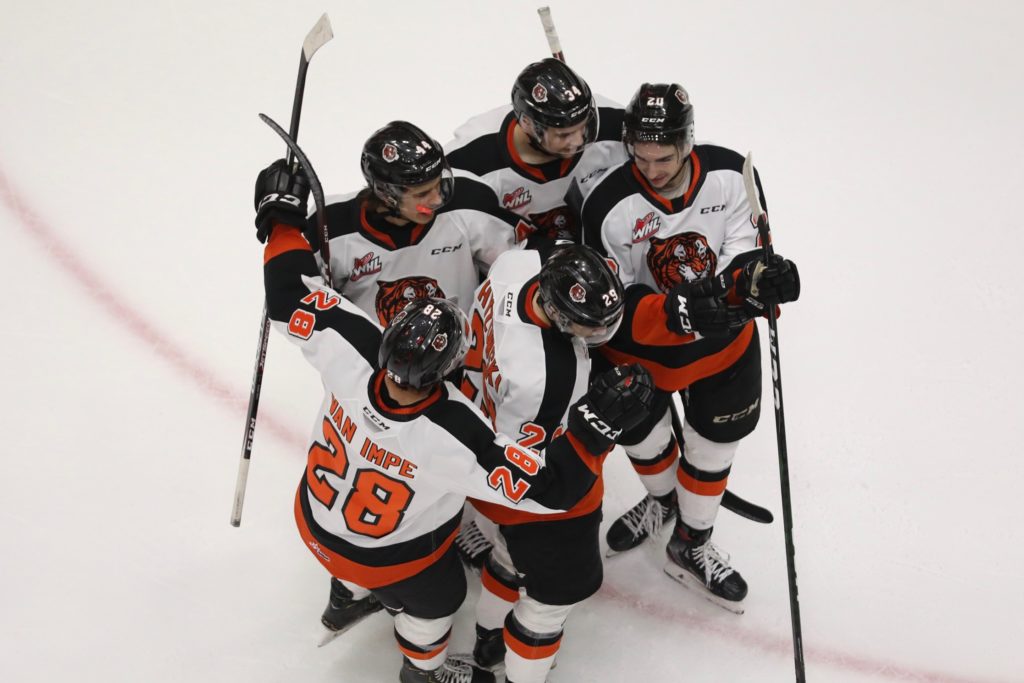 On a play from Lukas Svejkovsky, Chyzowski scored his first of the night less than a minute into the game to give the Tabbies an early lead. Just over three minutes later, Aiden Bulych scored for the Broncos to tie the game up 1-1.

Less than six minutes into the second stanza, Parker Gavlas and Elijah Brown combined to set up Baxter Anderson to score his sixth goal of the season.

Late in the frame, Svejkovsky set up Chyzowski to score his second of the night, giving the home team a 3-1 lead.

In the third period, Chyzowski completed his hat trick with just over five minutes remaining in the game. His third goal of the night was his 30th of the season.

The Broncos responded by scoring just over a minute after Chyzowski to cut the Tigers lead to 4-2. With two minutes remaining in the game, Broncos netminder Isaac Poulter made way for an extra attacker. The Tabbies won possession and James Hamblin scored on the empty net to seal the 5-2 Tigers victory.

Rookie goaltender Garin Bjorklund made 19 saves on 21 shots faced while Poulter turned aside 47 of the Tigers’ 51 shots.

Medicine Hat is now 38-19-2-1 and they will host the Calgary Hitmen on Friday.