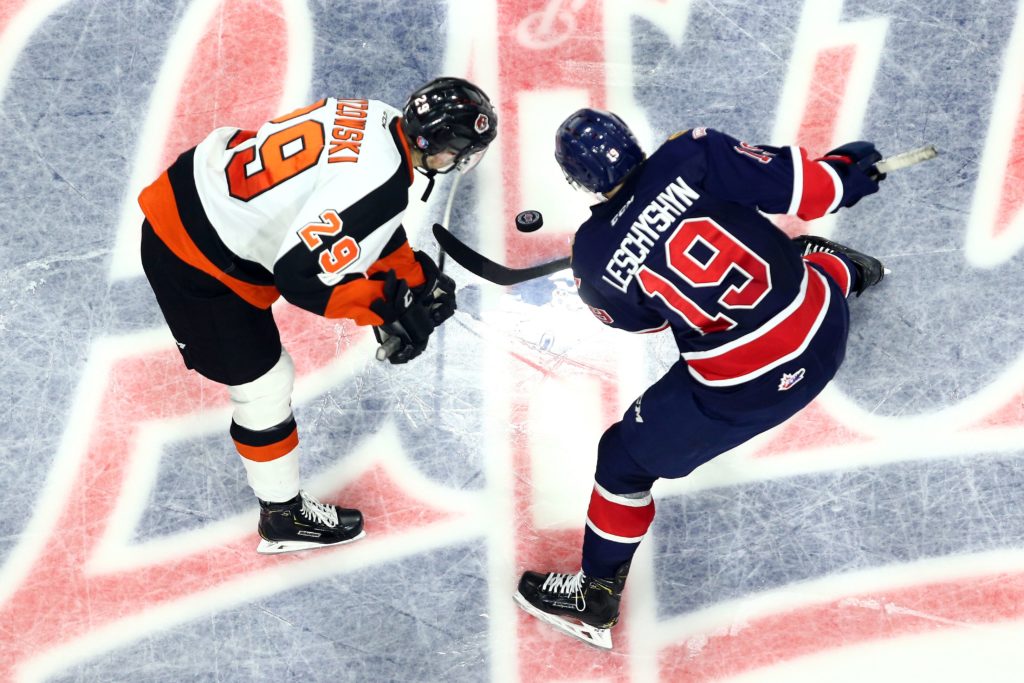 Medicine Hat, AB — A wild second period helped the Medicine Hat Tigers triumph 8-5 over the Regina Pats in a night of firsts at the Brandt Centre.

Tigers were trailing 3-2 midway through the middle frame before scoring four straight goals to head to the dressing leading 6-3 after 40 minutes of play.

The Tigers’ power play was heavily involved in tonight’s victory as they managed to capitalize on four of six opportunities.

Chyzowski scored the first goal of the contest on the power play in the first period. James Hamblin and Linus Nassen set Chyzowski up who fired the puck through traffic past the glove of Pats goaltender Max Paddock.

The lead was shortlived as just over a minute later, Pats’ Jake Leschyshyn scored to tie the game up.

Williams regained the lead for the Orange and Black by scoring on the power play for his first of the year. Dylan MacPherson and Elijah Brown combined on the play and the Tabbies headed to the dressing room leading 2-1 at the end of the first period.

Nearing the midpoint of the second stanza, the Pats scored 41 seconds apart to earn their first lead of the night. Liam Schioler scored his first of the season quickly followed by Duncan Pierce’s third of the year.

The Tigers were tenacious and on their next power play opportunity, Chyzowski cleaned up Ryan Jevne’s rebound to tie the game up at 3 apiece. Nassen assisted on the play.

Thirty-two seconds later, Daniel Baker set up Logan Christensen to score his first goal in Orange and Black and his second of this season to regain the Tigers’ lead.

Hayden Ostir then set up Hamblin on a fast break to score his first of the night.

With seventeen seconds left in the middle frame, Hamblin extended the Tabbies’ lead to 6-3 by firing in a one time shot on the power play. Tyler Preziuso and Chyzowski combined on the Tigers’ fourth power play goal of the game.

Pats’ netminder Paddox left the game after the second stanza and was relieved by Dean McNabb. Paddox stopped 16 of the 22 shots he faced.

The Pats continued to pressure and were able to score two back to back goals to make it a 7-5 hockey game. Aaron Hyman and Nick Henry both scored their fourth goals of this season.

With less than a minute and a half remaining in regulation, Dean McNabb left the Pats’ net and Preziuso was able to score to seal the 8-5 Tigers victory.

Jordan Hollett saved 31 of the Pats’ 36 shots while Pats’ McNabb turned aside 12 of the Tigers’ 13 shots.

The Orange and Black are now 8-6-0-1 and will return to the Canalta Centre to host the Moose Jaw Warriors Saturday night. It will be the Tigers’ annual Pink in the Rink Night brought to you by Medicine Hat Nissan in support of the Canadian Cancer Society. The game will start at 7:30 PM.