TIGERS DEFEAT RAIDERS 4-3 IN A SHOOTOUT 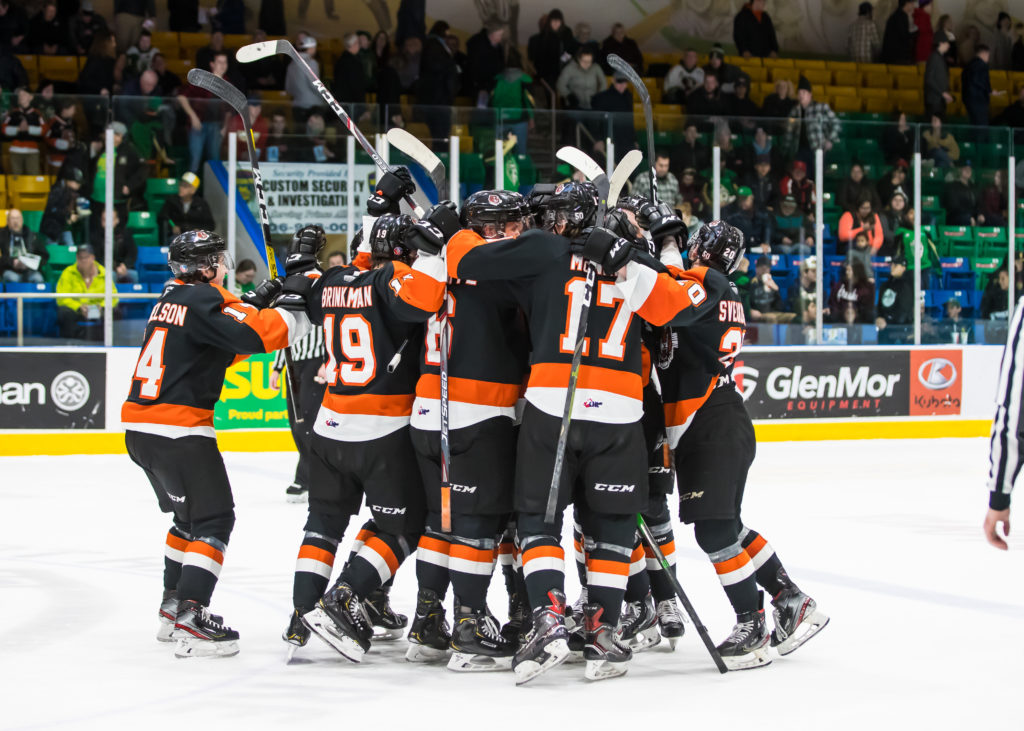 Medicine Hat, AB — The Medicine Hat Tigers finished off their two game Saskatchewan road trip by defeating the Prince Albert Raiders 4-3 in a shootout Saturday night and collecting their 30th win of the season.

Brett Kemp scored the game winning goal in the shootout. Tonight’s win marks the 39th time in franchise history that the Tigers have won 30 or more games in a season.

Less than a minute into the game, Corson Hopwo scored his 11th goal of the season to give the Tigers an early 1-0 lead. Daniel Baker and Parker Gavlas assisted on the play.

The Raiders responded with a goal of their own just over two minutes later. Mathew Culling brought the game back to a 1-1 stalemate.

With just over five minutes remaining in the opening frame while Kemp was serving a double minor, Landon Kosior scored to give the Raiders a 2-1 lead.

Late in the second stanza, Daniel Baker fired the puck on net through traffic to score his 11th goal of the season and tie the game up 2-2. Baxter Anderson and Cyle McNabb combined on the play.

Less than two minutes into the final frame, McNabb carried the puck up the ice and patiently waited to feed the puck across to Nick McCarry who backhanded it into the net to take a 3-2 lead.

In the last half of the third period, Kaden Guhle scored for the Raiders to make it 3-3 and send the game into overtime.

Neither team was able to score in overtime which resulted in the game being decided in a shootout. Raiders’ Ozzy Wiesblatt was their only goal scorer in the shootout while both James Hamblin and Kemp scored for the Tigers to take the game 4-3.

Mads Søgaard stopped 19 of 22 shots faced in the contest while Max Paddock turned aside 30 of the Tigers’ 33 shots.

Medicine Hat is 30-14-1-1 and they will return home to host the Swift Current Broncos on Tuesday night for the first game of a home and home series. Tickets for Tuesday’s game can be purchased at the Canalta Centre Box Office or online.