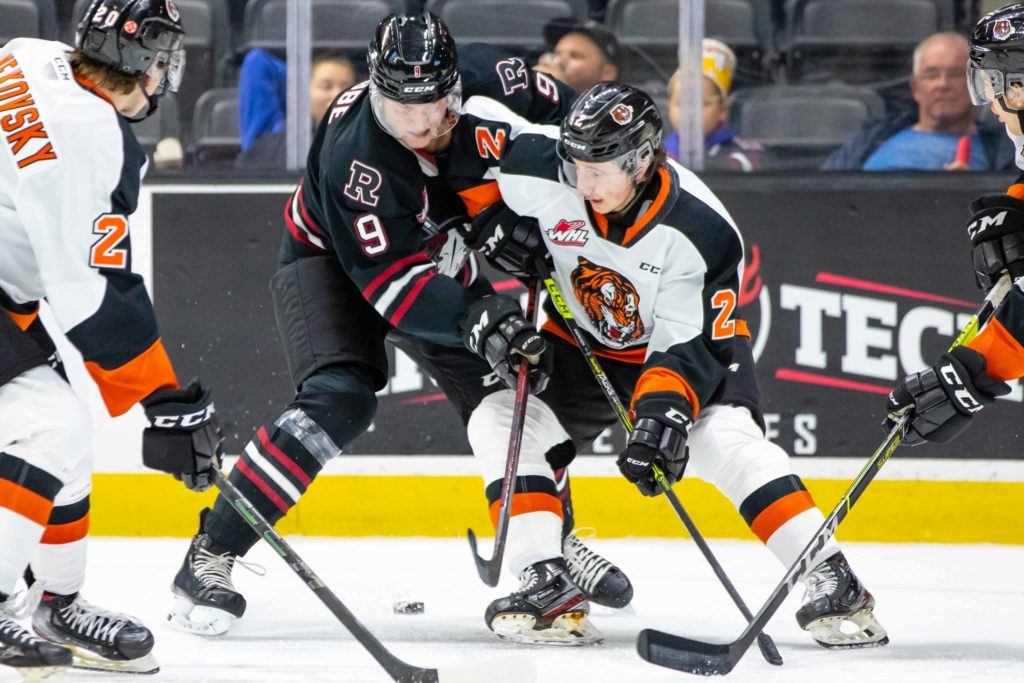 The Rebels came out aggressive to start the game, holding the edge in shots 11-3 in the first period, but it was the Tigers that would go into the first intermission with a two goal lead. Lukas Svejkovsky put the Tigers up one 3:24 into the opening frame off a cross crease feed from Corson Hopwo. Rhett Parson also picked up a helper on the opening goal. Svejkovsky would strike again midway through the period with his league leading 4th goal. He came down the left wing, cut across the crease and put it top corner, blocker side on the Rebels goalie. Bogdans Hodass picked his third assist of the season on the goal.

The Rebels would cut the lead to one in the second period. Carter Anderson redirected Hunter Mayo’s point shot to the top corner for his first of the season. Christoffer Sedoff picked up the second assist on the goal.

The Tigers reinstituted their two goal lead only 20 seconds into the third period. Hodass put home his first of his WHL career off some nice passing from Hopwo and Svejkovsky. The Tigers would add an insurance marker five minutes later to make it 4-1. Svejkovsky put home a loose puck in front of the net for his third of the night. The Rebels would keep pressuring and would cut the lead to two late in the game. Ben King found Jace Weir with a backdoor feed for his second of the year. Sedoff picked up the secondary assist for his second point of the night. The Tigers would hold off the Rebels for the remaining minute of the game to secure their first win of the season 4-2.

The Tigers’ next game is Saturday, October 9th when the Tigers return home to take on Edmonton Oil Kings at Co-op Place. Game time is 7:00 (MST) and can be heard live on CHAT 94.5 FM at tigershockey.com or watched via webcast at watch.chl.ca.