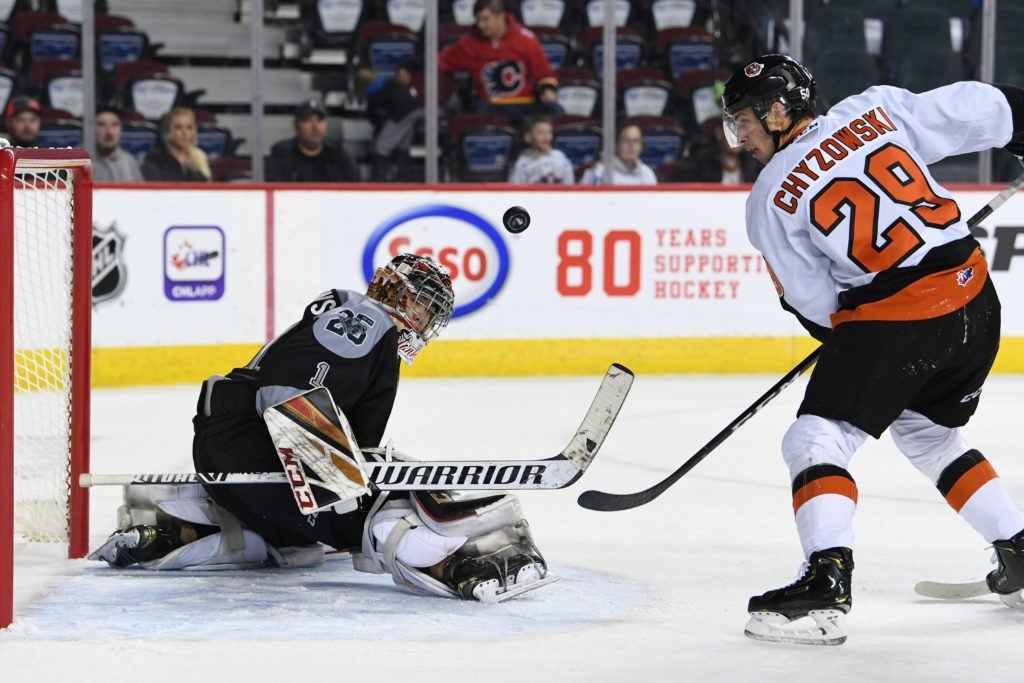 Medicine Hat, AB — The Medicine Hat Tigers finished their three game in three days by dropping a 2-0 decision to the Calgary Hitmen on Sunday.

After winning both games in their home and home series with Swift Current, the Tabbies travelled to Calgary where they were unable to solve the Hitmen’s goaltender Carl Stankowski.

Late in the first period, Adam Kydd scored on the power play to give the home team the lead. The Tigers went to the dressing room after 20 minutes of play trailing 1-0.

During the second stanza both teams had a few chances as play was coast to coast. The Hitmen were awarded a penalty shot late in the period and Riley Stotts’ attempt was turned aside by goaltender Mads Søgaard.

Early into the final frame, Kydd redirected the puck into the net for his second of the afternoon to seal the 2-0 victory for the Hitmen.

Søgaard stopped 28 of 30 shots while Calgary’s Stankowski turned aside all 33 of the Tigers’ shots.

The Tigers are now 3-2-0-0 and they will travel to Regina on Friday to battle the 1- 3-0-0 Pats before returning home Saturday to host the Red Deer Rebels. Tickets for Saturday’s game can be purchased online or in person at the Canalta Centre Box Office.

The Home Depot will be hosting their annual street hockey game with the Tigers on Tuesday, October 1st from 6:30 to 8:30 PM.