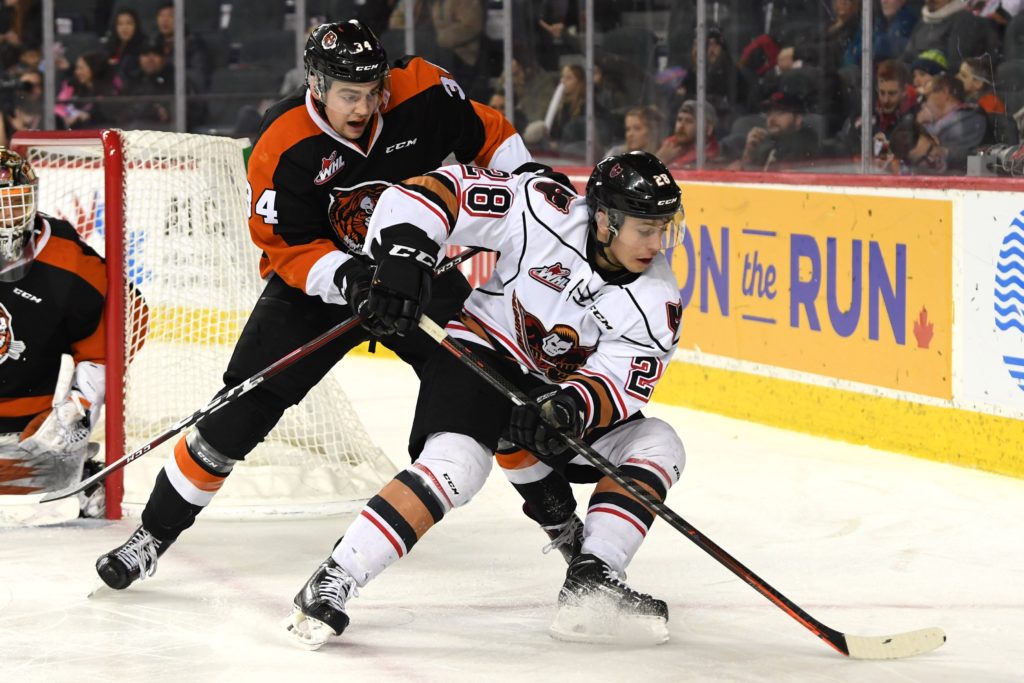 Medicine Hat, AB — The Medicine Hat Tigers travelled to Calgary for the first game of a home and home series against the Hitmen and fell 3-1.

After a scoreless first period, the Hitmen scored twice early into the second stanza. Mark Kastelic opened the scoring at 1:40 into the frame on the power play and he was followed up by Egor Zamula at 7:41.

The Tigers continued to push and on the rush, Daniel Baker sent Elijah Brown a pass and Brown snapped it far side over the stick of Hitmen netminder Carl Stankowski. Brown’s 11th goal of the season was scored with 47 seconds left to the play in the period and the Tabbies headed to the dressing room trailing 2-1 after 40 minutes of play.

The play was coast to coast in the final frame and late in the period, Jordan Hollett left the Tigers’ net to give them an extra attacker with the faceoff in the Hitmen zone. The Hitmen won possession of the puck and Carson Focht scored on the empty net to win the game 3-1 for Calgary.

Hollett stopped 27 of 29 shots faced while Stankowski turned aside 29 of the Tigers’ 30 shots.

The Orange and Black are now 31-20-2-2 and will return home for a rematch tomorrow night at the Canalta Centre. The game will start at 7:30 PM and it is a NewRock Development Chuck a Puck night in support of the Be YOUth Centre.