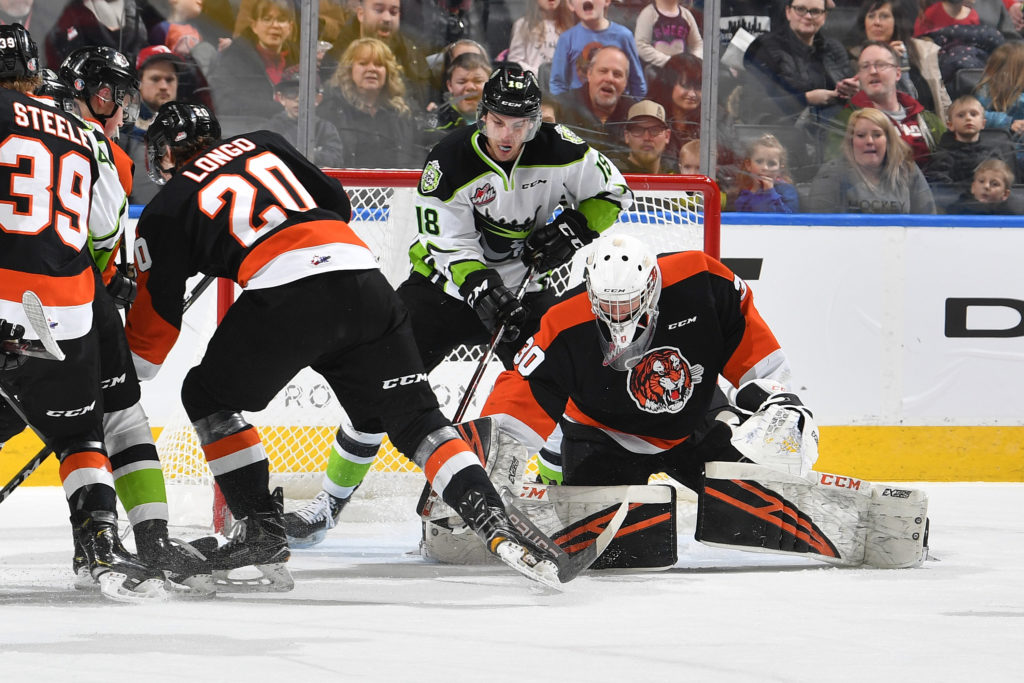 Rookie goaltender Mads Søgaard stopped 41 of 44 shots faced in the losing contest. Søgaard earned the second star of the night for his performance.

The Oil Kings struck first when Matthew Robertson scored midway through the opening frame to give Edmonton a 1-0 lead.

Ryan Chyzowski scored his 21st goal of the season to the game up 1-1 in the second stanza while the Tigers were on the power play. Corson Hopwo collected Linus Nassen’s rebound and passed it off to Chyzowski who fired it into the net.

With less than two minutes to play in regulation, Søgaard left the net to give the Tabbies an extra attacker while the play was in the Oil Kings’ end. Edmonton won possession of the puck and Fix-Wolansky scored his second goal of the night with 9 seconds left to play. The Tigers fell 4-2 in their final contest this season with the Oil Kings.

The Orange and Black are now 31-25-3-2 and will return home to host the 10-45-3-2 Swift Current Broncos Saturday night. The game will be brought to you by Ashley HomeStore and the Medicine Hat Astronomy Club will be in the Hut 8 Mining Community Corner.