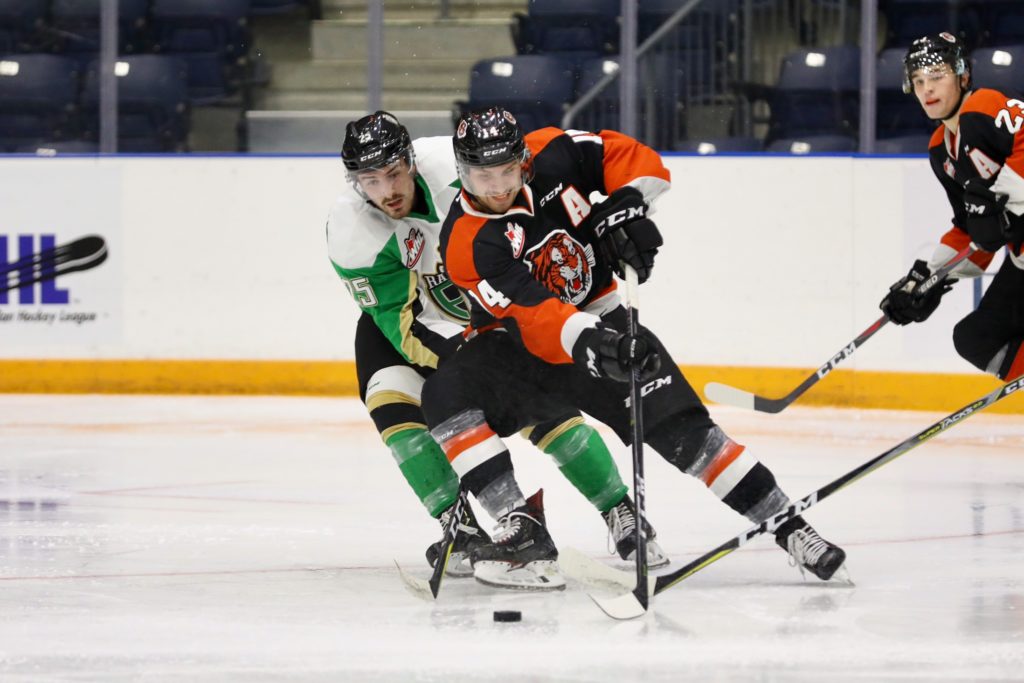 Medicine Hat, AB — The Medicine Hat Tigers are still finding their footing as they came out on the wrong side of a 5-1 game against the Prince Albert Raiders.

Raiders veteran forward Max Martin had a three-point night, setting up Spencer Moe to score the first goal of the game before scoring himself in the first and the second periods.

Parker Kelly and Brett Leason also scored to give the visitor’s a 5-0 lead.

Fifteen seconds after Leason’s goal, Josh Williams set up Elijah Brown to score his second goal of the season and make it a 5-1 game.

The Tabbies are now 1-4-0-1 and will travel to Spokane to play the 4-2-1-0 Chiefs Friday night at the Spokane Veteran Memorial Arena. It will be the first game of a three-game road trip before the Tigers host Prince George at the Canalta Centre on October 12th.