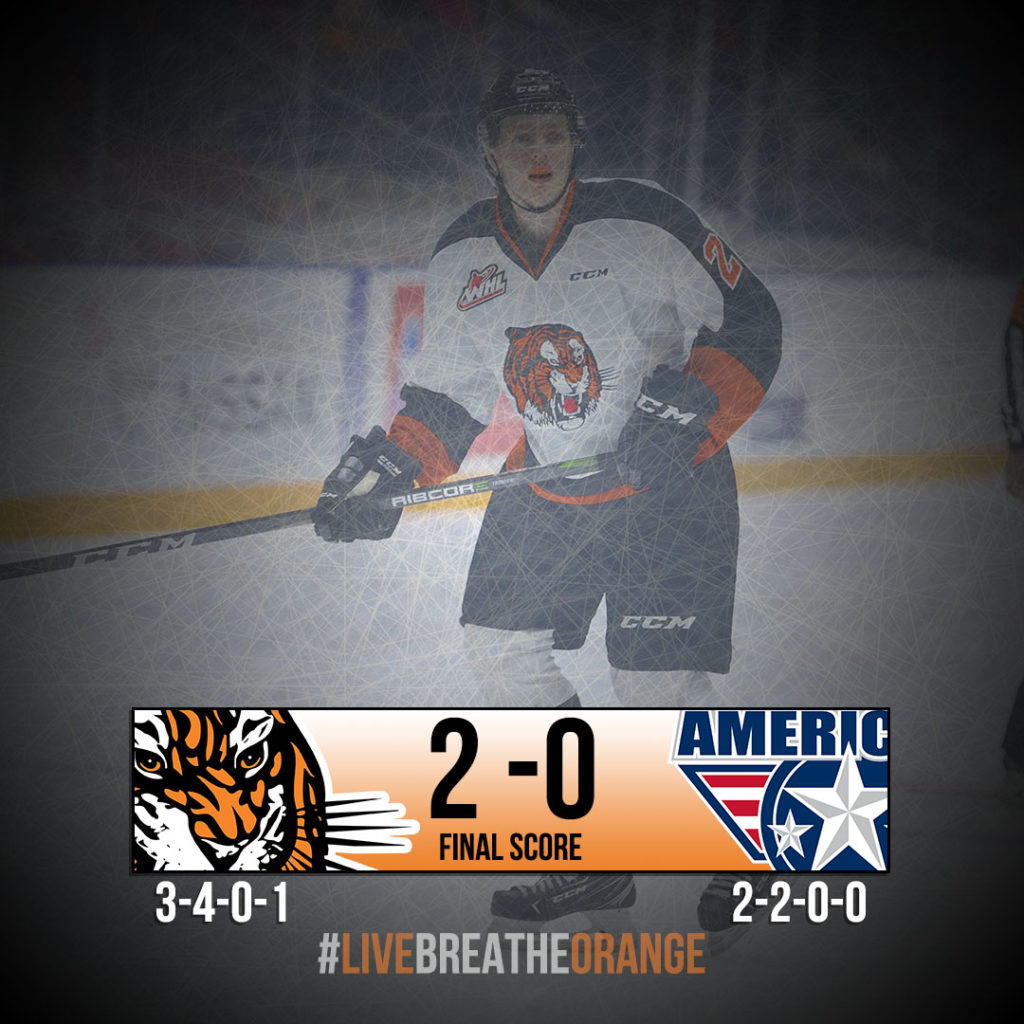 Goaltender Jordan Hollett earned his first shutout for the Tabbies since joining the club before the 2017-18 season. It is the 19-year-old Langley BC product’s third career WHL shutout and he turned aside all 26 shots faced.

Veteran forward Josh Williams fed the puck to Dawson Heathcote whose shot was redirected by Elijah Brown to light the lamp for the Tabbies with more than half of the first period played. Brown’s third goal of the season was the game-winning goal.

After a scoreless second stanza, Hayden Ostir walked into the slot and fired a shot past American’s goaltender Beck Warm to score the insurance goal of the night and seal the 2-0 victory for the Tigers. Ostir’s second goal of the season was unassisted.

Americans’ Warm stopped 30 of the Orange and Black’s 32 shots.

The 3-4-0-1 Tabbies will travel to Cranbrook to face the Kootenay ICE Monday in the final game of their Western road trip before returning home to host the Prince George Cougars on October 12th. Monday’s contest will start at 4:00 PM.