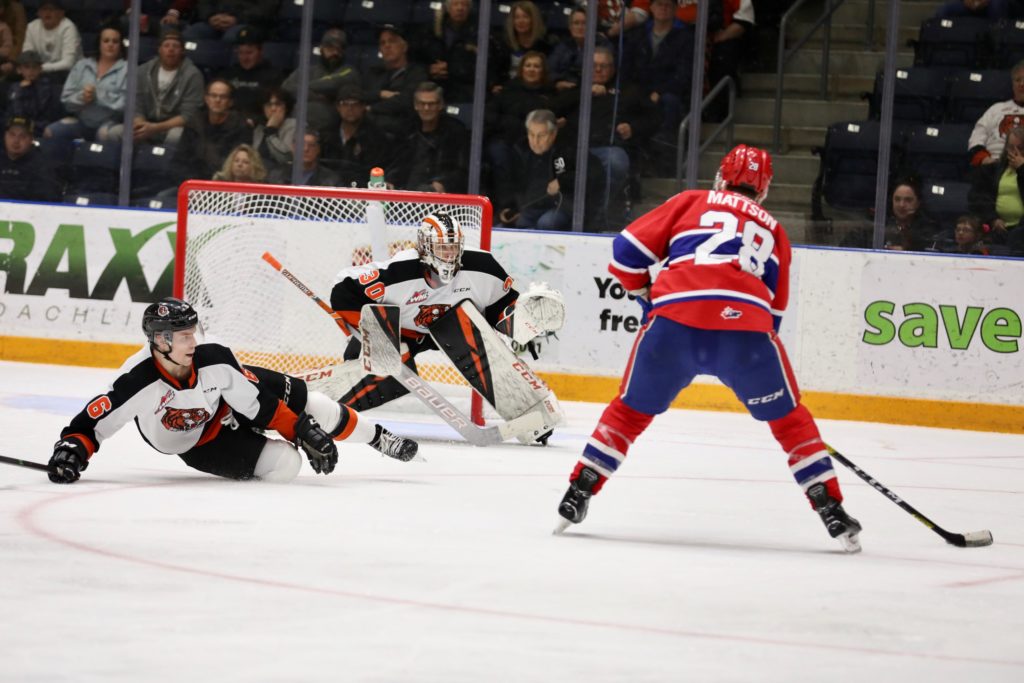 Medicine Hat, AB — The Medicine Hat Tigers relentlessly looked for a comeback but they were stopped short and fell 2-1 to the Spokane Chiefs Saturday night.

Veteran forward Leif Mattson scored twice for the Chiefs to give them a 2-0 lead heading into the final frame. Mattson’s first goal of the night came less than five minutes into the game, while he scored his second midway through the second stanza.

Trailing 2-0 to start the third period, the tenacious Tigers were not without their chances but they could not seem to score. Late in the game, Elijah Brown played the puck off the backboard and Spokane’s goaltender Lukas Parik came out to play the puck but he misread the bounce. Brett Kemp buried the loose puck into the open net to score his 25th goal of the season and get the home team on the board. Ryan Chyzowski also assisted on the play.

Goaltender Mads Søgaard stopped 14 of 16 shots faced in the contest while Parik allowed one goal on 35 shots faced.

The Orange and Black are 35-19-2-1 and they will travel to Regina Friday for the first game of a home and home series against the Pats. Saturday’s home game against the Pats will be brought to you by A&W and tickets for the game can be purchased at the Canalta Centre Box Office or online.