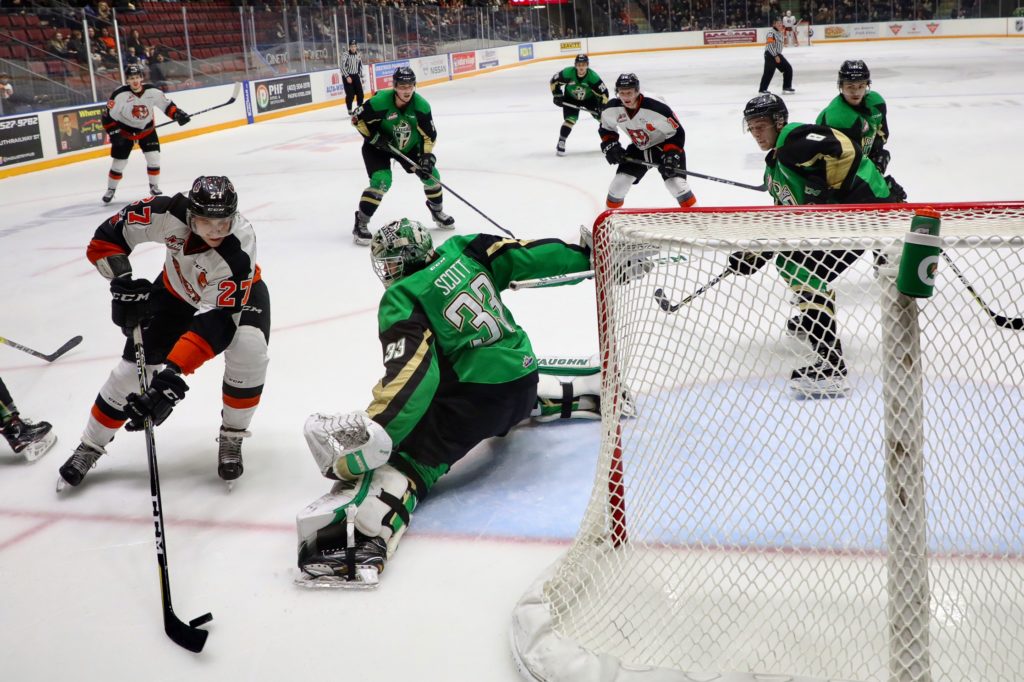 The Medicine Hat Tigers dropped another heart breaker in overtime against the visiting Prince Albert Raiders.

Vojtech Budik scored the game winning goal exactly one minute into overtime to win the game 3-2 for the Raiders.

After a scoreless first period, Mark Rassell danced his way around Prince Albert Raiders’ goaltender Ian Scott to get the home team on the scoreboard. David Quenneville and Michael Bullion picked up the assists on Rassell’s 39th goal of the season.

The Tigers’ lead was short lived as less than two minutes later, Raiders forward Curtis Miske responded for the visiting team to tie the game back up at 1.

In the dying minutes of the second period, Regan Nagy scored on the power to give the Raiders the lead. The Tigers headed to the dressing room trailing 2-1 after 40 minutes of play.

Early into the final frame, Henry Rybinski fired the puck in on Scott and Josh Williams was there to pick up the rebound, tying the game back up in the process. This was Williams’ first goal since returning to action after being sidelined with an upper body injury in October.

The Tigers had their chances but were not able to get anymore past Scott before Budik scored the game winning goal.

Scott turned away 33 of the Tigers’ 35 shots; while Tigers netminder Michael Bullion made 24 saves on 27 shots.