TIGERS FALL 4-3 IN OVERTIME TO THE ROYALS 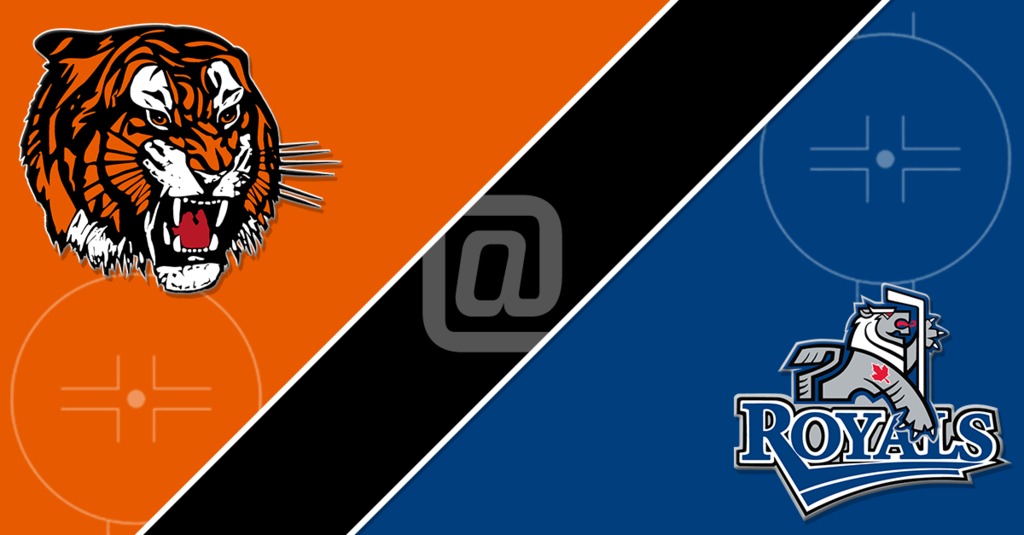 With six regular players out of the lineup tonight, the Medicine Hat Tigers battled hard but fell short 4-3 in overtime to the Victoria Royals.

Noah Gregor scored the game winning goal 59 seconds into extra time to win the game for the home team.

In the first period, Matthew Phillips brought the puck around the net and slipped it in past Tigers netminder Jordan Hollett to open the scoring. A minute later, teammate Kade Jensen’s shot from the point doubled the home team’s lead.

The Tabbies were hungry and continued to pressure offensively which paid off when James Hamblin buried home a rebound on the power play. Hamblin’s goal was his 100th WHL Career Point. Ryan Jevne and Ryan Chyzowski picked up the assists on the play.

On a play that originated with Dylan MacPherson, Trevor Longo’s shot from the point was redirected by Hamblin to get his second goal of the night to tie the game up at two.

Kristians Rubins fired in a shot from the point that hit a body and bounced up over Royals goaltender Dean McNabb before crossing the line to give the Tigers their first lead of the night. Rubins’ goal was assisted by MacPherson and Josh Williams.

The Orange and Black headed to the dressing room after 40 minutes of play leading 3-2.

In the final frame, Gary Haden made a smart defensive play to stop Royals’ Tyler Soy from a break away opportunity.

Unfortunately, in the dying minutes of the game, Soy managed to tap in a rebound to send the game into overtime before Gregor scored the game winner.

Hollett stopped 25 of the Royals 29 shots; while McNabb turned aside 27 of the Tigers’ 30 shots.

The Tabbies are now 26-21-7-0 and will travel to Vancouver to play the Giants for their final game of their BC road trip.