TIGERS FALL 4-3 TO THE HITMEN IN OT 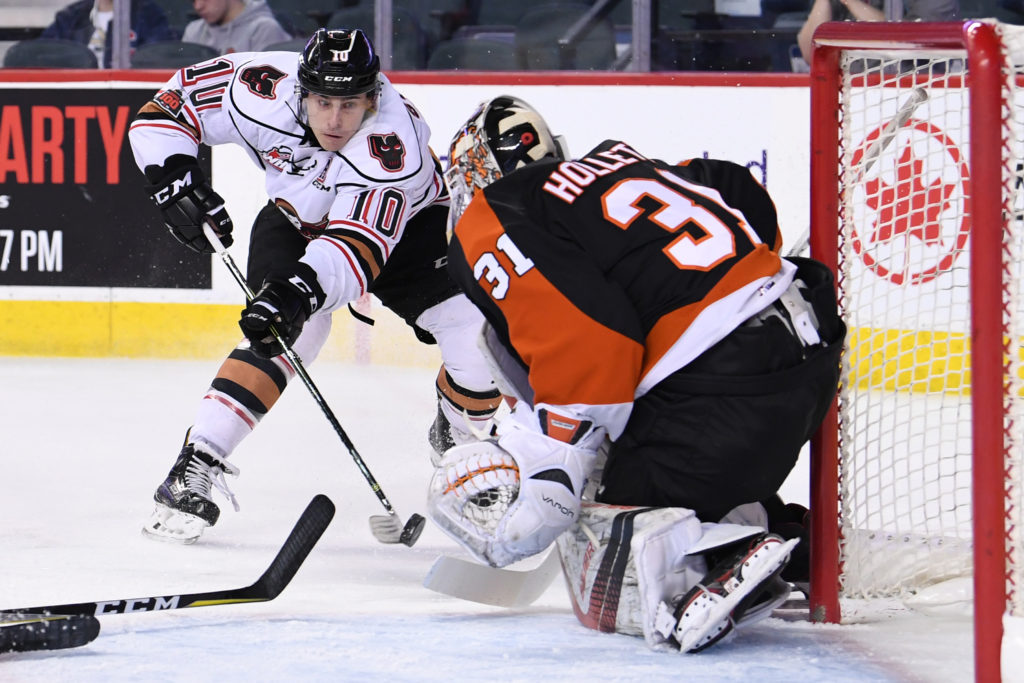 The two Central Division rivals were tied at three goals a piece heading into overtime. Despite trailing for 60 minutes, Stotts was able to quickly secure the victory for the Hitmen handing Medicine Hat their first loss to Calgary this season.

David Quenneville scored on the power play midway into the first period to give the Orange and Black their first lead of the game. Quenneville is the top goal scoring defenceman in the league and his 16th goal of the year was assisted by Dylan MacPherson and Ryan Chyzowski.

Hitmen Mark Kastelic scored a power play goal in the last half of the first frame to send both teams to the locker room tied 1-1.

Mark Rassell quickly gave the Tabbies the lead in the second period after dancing through the Hitmen defencemen to beat Hitmen netminder Nick Schneider. Henry Rybinski pick up the assist on Rassell’s 33rd goal of the season.

The Tigers’ lead did not last long as Calgary’s Jakob Stukel flew down the ice on a breakaway to beat goaltender Jordan Hollett and tie the game back up at 2.

Max Gerlach quickly responded for the Tabbies scoring their second power play goal of the night on a play from Gary Haden and Kristians Rubins.

Shortly after Gerlach’s goal, Hitmen rookie Hunter Campbell scored his third goal of the season to tie the game back up once again.

A scoreless third period saw chances on both sides of the ice but ultimately the game was decided in overtime with Stotts’ quick goal.

Hollett turned aside 28 of the Hitmen’s 32 shots while Schneider denied the Tigers on 23 of their 26 chances.