TIGERS FALL 5-2 TO THE ROCKETS 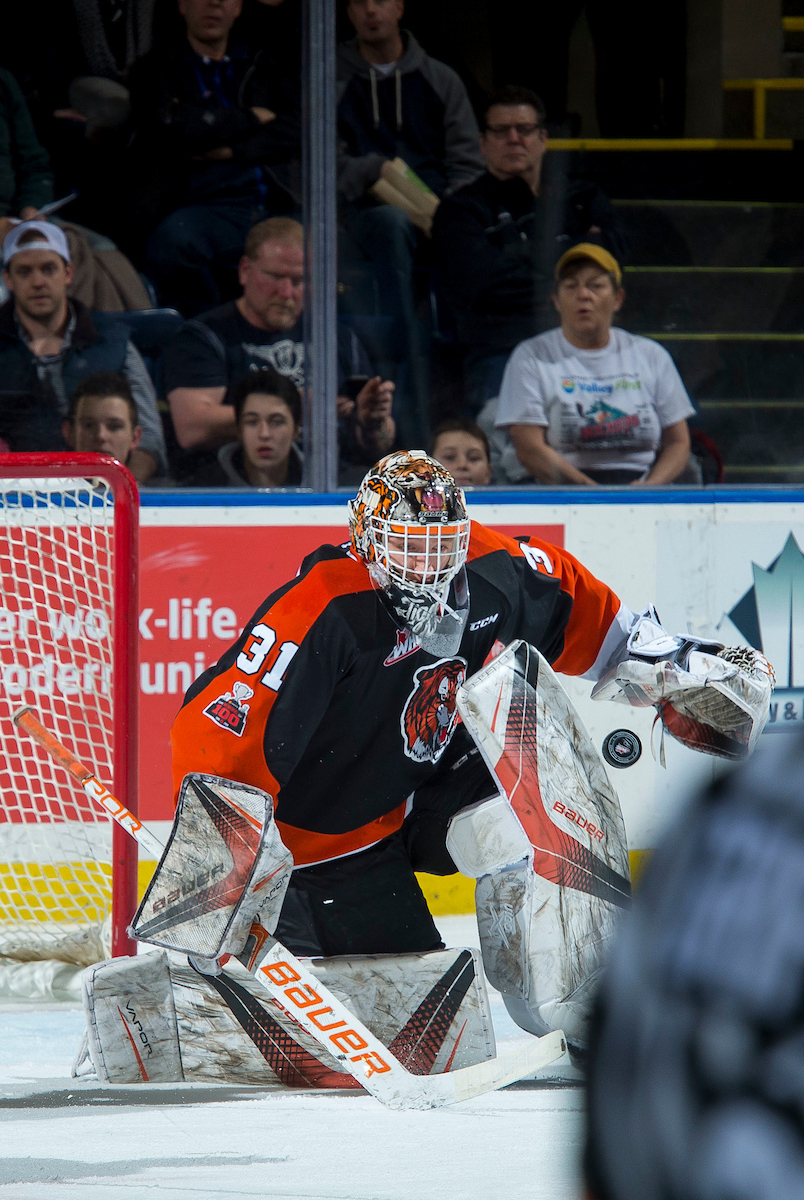 Photo by Marissa Baecker/Shoot the Breeze

Jordan Hollett stood tall Tuesday night turning aside 39 of the Rockets’ 43 shots but the Tigers fell 5-2 to Kelowna.

The two teams battled back and forth to start the game before Rockets’ Captain Cal Foote scored late in the period to send the home team to the dressing room leading 1-0.

The Rockets’ lead was extended to 3-0 in the middle frame with Leif Mattson and Carsen Twarynski each scoring a goal. Twarynski’s goal was scored on a 5 on 3 powerplay.

Late in the second, David Quenneville managed to solve Rockets netminder Brodan Salmond by driving home a shot from the point on the power play. Quenneville’s 11th power play goal of this season was assisted by James Hamblin and Ryan Jevne.

Minutes later, Kole Lind responded with a power play goal of his own and the Rockets led the Tigers 4-1 after 40 minutes of play.

Five minutes into the final frame, Dawson Heathcote snapped up his own rebound to cut the Rockets lead to 2.

With a minute and half left in the game, Hollett headed to the Tigers’ bench to give his team an extra man advantage.

Unfortunately, Dillon Dube was able to fire the puck into the empty net to secure the 5-2 victory for the Rockets.