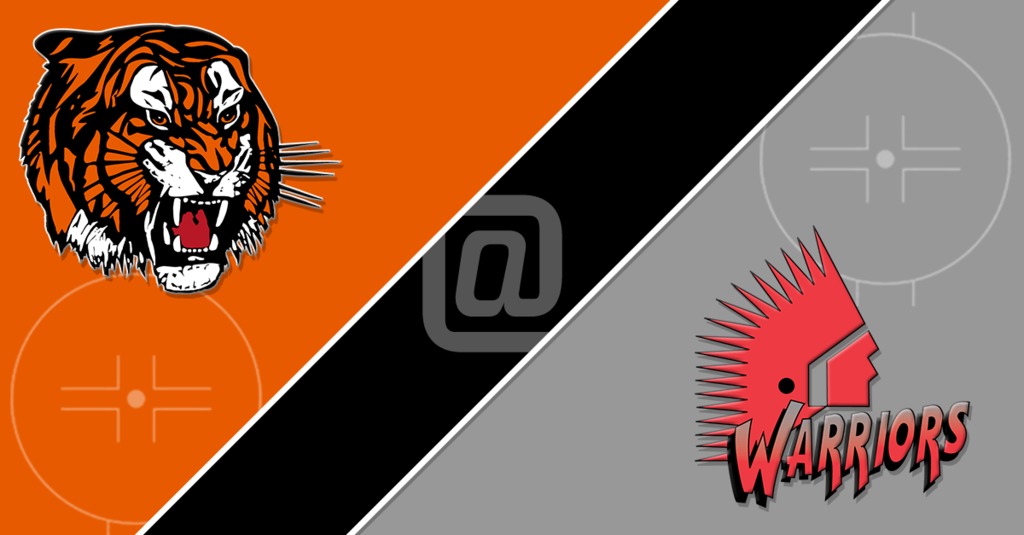 The Medicine Hat Tigers were one shot away from a redeeming comeback victory over the Moose Jaw Warriors on Tuesday night — but Brayden Burke had other plans.

The Warriors winger stepped up to pot a 5-4 game-winner with just 24 seconds left in regulation after watching a comfortable three-goal lead vanish in a wild third period at Mosaic Place.

While Burke’s 13th of the season broke the stalemate, special teams ultimately stood up as the difference after the Warriors converted on three of four chances while holding Medicine Hat without a goal on five power play opportunities — including an opening salvo with Kristians Rubins in the box for cross checking.

Warriors centre Jayden Halbgewachs connected just 20 seconds into the early chance after redirecting a hard pass from Josh Brook into the back of the net. While Tigers goaltender Michael Bullion held the gap to one with nine stops in the opening frame, Moose Jaw’s red-hot power play went back to work in the second.

Justin Almeida used the chance to double up the lead, once again making quick work of the man advantage. The Kitimat, B.C. product worked his way into the slot and ripped a one-timer off the iron and in to push Moose Jaw’s power play to 2-for-2 just 10 seconds into Henry Rybinski’s hooking penalty.

The Warriors kept the pressure on and struck again less than two minutes later when Matthew Benson banked a shot off the end boards and Tanner Jeannot tapped it past Bullion for his 21st of the season. While Medicine Hat mounted a strong push late in the second, Moose Jaw Brody Willms held the line and forced the Tigers into the intermission nursing a three-goal deficit.

But the Tigers finally found some life when Max Gerlach potted his 11th of the season early in the final frame. The Texan centre beat Willms over the glove with a snipe from the left circle just 30 seconds into the third to shift the momentum in Medicine Hat’s favour.

Hayden Ostir narrowed the deficit to one five minutes later. The former Spokane Chief was standing on the doorstep and managed to squeak a puck across the line from a sharp angle to effectively open the floodgates on Willms.

While Moose Jaw’s Noah Gregor quickly put a stop to the bleeding by beating Bullion over the blocker on the power play, Ostir responded in kind with his second of the period and seventh of the season, then Jaeger White knotted the game back up two minutes later. White — a 19-year-old Medicine Hat product — was cut by the Warriors in the pre-season.

The Tigers looked poised to earn their first lead of the evening with Almeida and Tristin Langan both in the box, but the Warriors killed off the opportunity and Burke broke through with the game-winner.