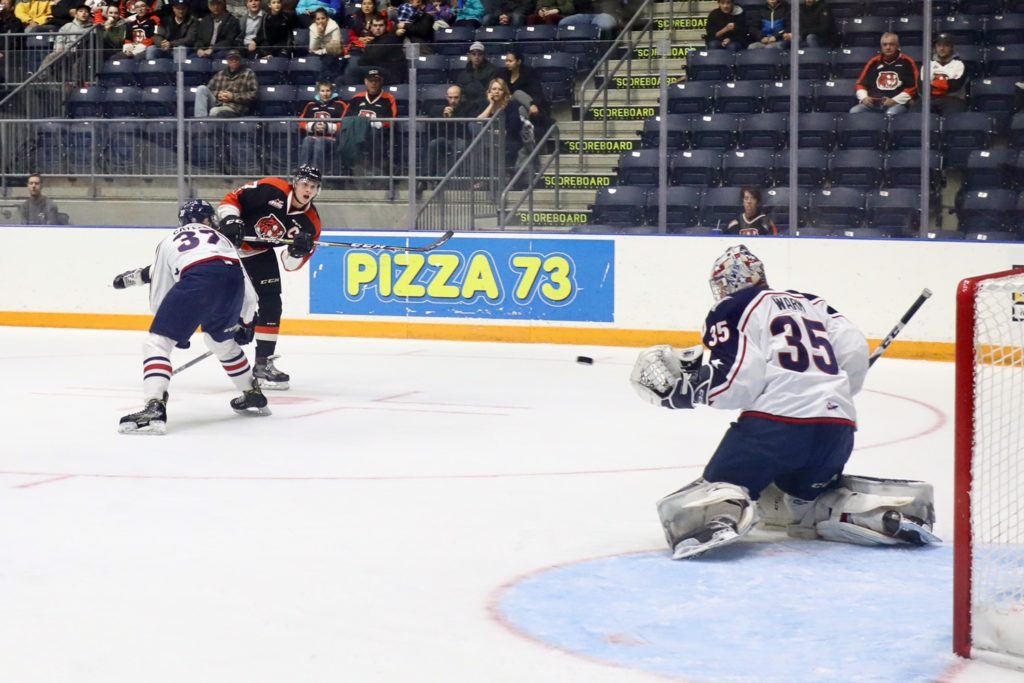 Six minutes later, Geekie scored his first to give the Americans a 2-0 lead that lasted the first period.

Americans’ Isaac Johnson worked his way through Tabbies defense to score early in the middle frame.

David Quenneville responded quickly to Johnson’s goal by getting the Tigers on the scoreboard with a beautiful shot from the point. James Hamblin and Tyler Preziuso had the assists.

With less than five minutes in the middle frame, Rasmussen tipped in a shot from Juuso Valimaki set up by Dylan Coghlan for his second of the game.  The Orange and Black headed to the dressing room down 4-1 after 40 minutes of play.

Tigers came out stronger in the third with more chances on net. Ryan Chyzowski was there to capitalize on a rebound from Tyler Preziuso to give the Tigers their second goal of the night.

Americans responded quickly as Geekie scored his second of the night 23 seconds later.

The Tabbies didn’t give up and they kept up the pressure which resulted in Hamblin making it 5-3.

The Tigers pulled Michael Bullion at 18:59 to give the Orange and Black an extra attacker in an attempt to close the gap. Unfortunately, Geekie capitalized on the empty net to get his third goal of the night and the game ended 6-3.