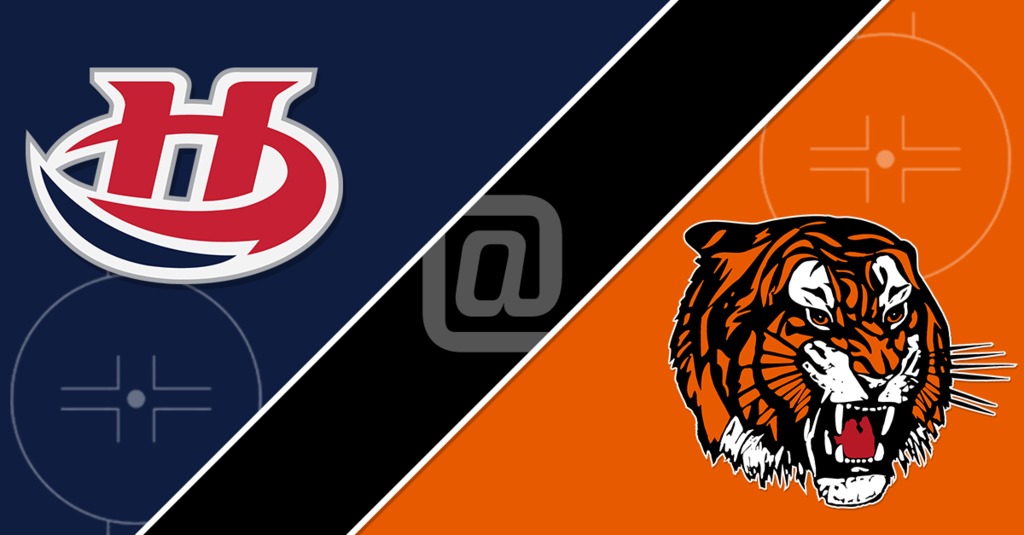 It only took Franklin 19 seconds to get the ball rolling. The 18-year-old Marwayne product jumped on a loose puck in front and fired it over the shoulder of Tigers goaltender Jordan Hollett to give the Hurricanes an early leg up.

The lead didn’t last long though. Tigers captain Mark Rassell cut into the offensive zone two minutes later and dangled his way past ’Canes defender Koletrane Wilson before ripping a shot over the glove of goaltender Stuart Skinner to draw even.

But Franklin struck again to put the Hurricanes back out in front with five minutes left in the opening frame. With the Tigers on their heels due to a delayed penalty, Franklin redirected a Calen Addison point shot past Hollett for his fifth of the year.
And he didn’t stop there. Franklin completed the hat trick six minutes into the second by jamming a puck past Hollett on a goalmouth scramble, sending the hats cascading onto the ice for the first time in his 80-game career.

Hurricanes rookie Dylan Cozens joined the scoring party a few minutes later by roofing a puck over Hollett’s glove for his sixth of the year to send the Tigers into a three-goal hole.

While Medicine Hat found some life in the dying minutes of the middle frame when James Hamblin beat Skinner on his own rebound to cut the lead two, Lethbridge’s Ryan Vandervlis quickly snuffed out the momentum.

The Hurricanes centre cut around Tigers defenceman David Quenneville for a short breakaway and beat Hollett on the blocker side for a fancy first goal of the year, leaving the Tigers on their heels entering the final frame.

The Tabbies pushed for a way back into the contest, but Hurricanes import Egor Zudilov stretched his team’s lead to four with the first of his career then Brady Pouteau added another to effectively push the game out of reach.

Hollett took the loss after stopping 28 shots, while Skinner collected the 36-save victory, as well as an assist on Vandervlis’ goal to push the Hurricanes to 5-5-0-0.