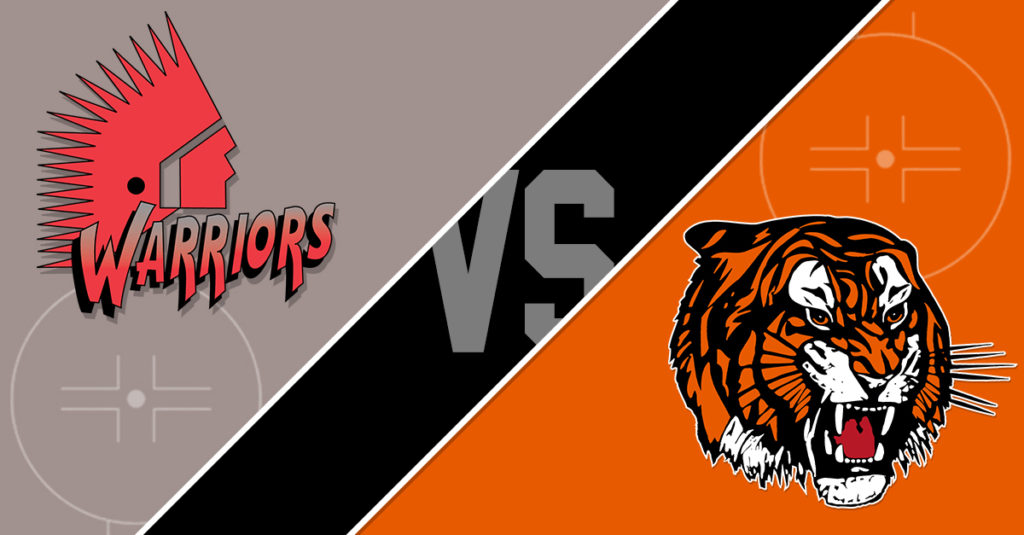 Friday was not Michael Bullion’s night.

The Medicine Hat Tigers goaltender was beaten four times on 11 shots in the opening period of an eventual 9-1 loss to the Moose Jaw Warriors, but things only got worse in the second. Bullion left his crease on what he believed was a delayed penalty call to the Warriors, but quickly realized his mistake when Moose Jaw’s Tanner Jeannot put a freebie into the open cage to stake a four-goal lead in ugly fashion.

Moose Jaw wasted no time getting down to business. After generating a few minutes of unrelenting pressure in the Tigers end, Warriors blueliner Oleg Sosunov broke through seven minutes into the game then Justin Almeida followed it up with a seeing-eye shot through traffic to effectively open the floodgates.

While Tigers captain Mark Rassell responded to Almeida’s marker by finishing off a cross-ice feed from James Hamblin for his 12th of the year, the Warriors tacked on with two more goals from Jayden Halbgewachs and Brett Howden to take a three-goal lead into the intermission.

Jeannot quickly extended Moose Jaw’s lead to four on Bullion’s gaffe, then struck again in the dying minutes of the second to leave the Tigers reeling despite putting just 14 shots on goal to Medicine Hat’s 24 through 40 minutes. Bullion finished the second period with one save on three shots.

Things took an ugly turn late in the second when Tigers import defenceman Linus Nassen was run into the boards between the benches by Tristin Langan and went down in a heap. Thankfully the 19-year-old Swedish defenceman managed to leave the ice under his own power and returned for the third period.

The Tigers were able to generate some momentum early in the third with Langan’s major boarding penalty carrying over from the previous period, but Warriors goaltender Brody Willms kept the door shut to kill off the infraction.

The Warriors kept piling on after the kill. Howden struck again on an odd-man rush, then Jeannot potted another two to close out his night with four goals and an assist.