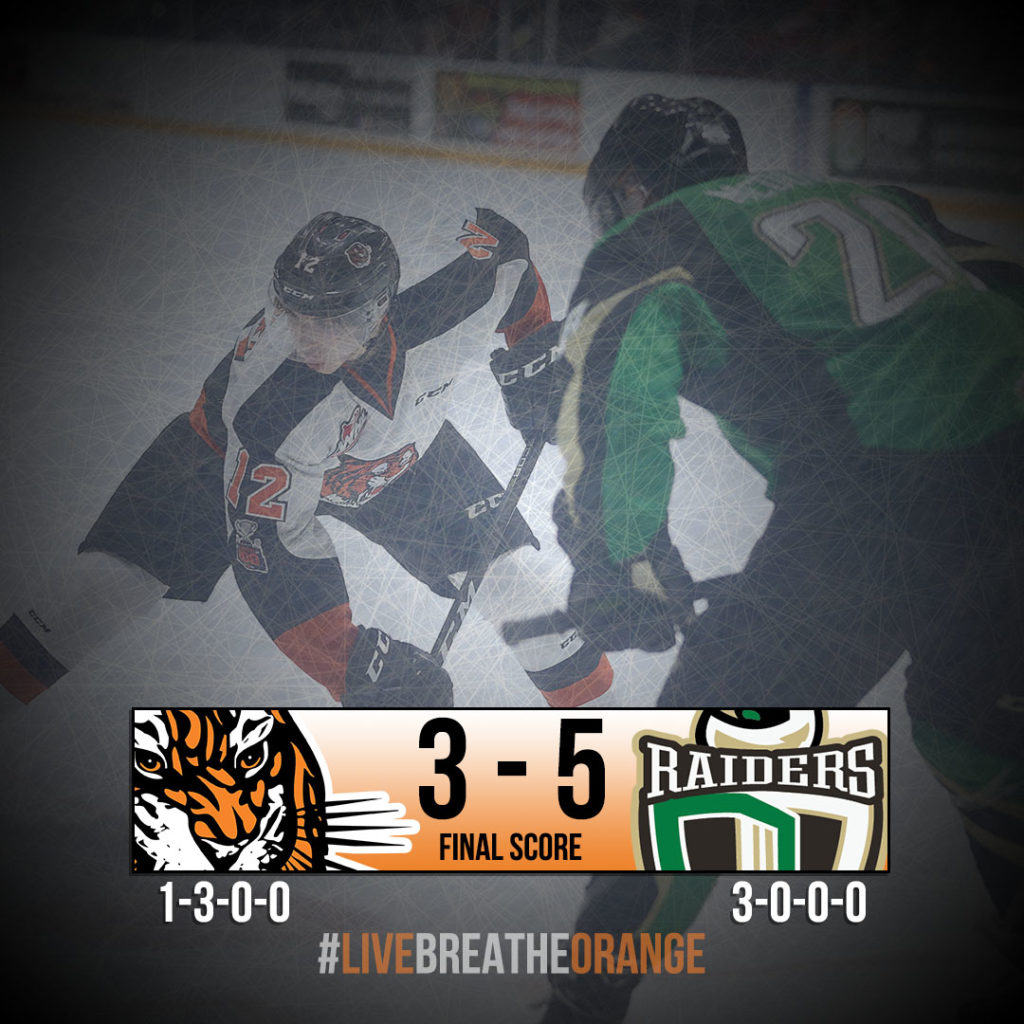 Medicine Hat, AB — Despite scoring three goals in the third period, the Medicine Hat Tigers were unable to mount a comeback against the Prince Albert Raiders losing 5-3.

Prince Albert’s Max Martin and Ozzy Wiesblatt scored in the first period to give the home team a 2-0 lead after twenty minutes of play.

In the second stanza, Cole Fonstad extended the lead to three for the Raiders scoring on a power play.

Midway through the final frame, the Tigers’ hard work began to pay off when Tyler Preziuso pounced on a rebound and fired it in to get the Tabbies on the scoresheet. Preziuso’s second goal of the season was assisted by Ryan Jevne.

With just over five minutes remaining in the game, Ryan Chyzowski scored his first goal of this season. Eric Van Impe and Josh Williams combined on the play to make it a 3-2 hockey game.

The tenaciousness of the Tigers didn’t stop there and Henrik Rybinski converted on the power play to once again cut the Raiders’ lead to 1. Daniel Baker and Bryan Lockner picked up the assists on Rybinski’s first goal of this season.

Hollett left the Tabbies’ net with less than two minutes remaining in the game in hopes that an extra attacker would help the team find an equalizer. Unfortunately, the Raiders regained possession of the puck and Justin Nachbauer found the empty net to make it a 5-3 final.