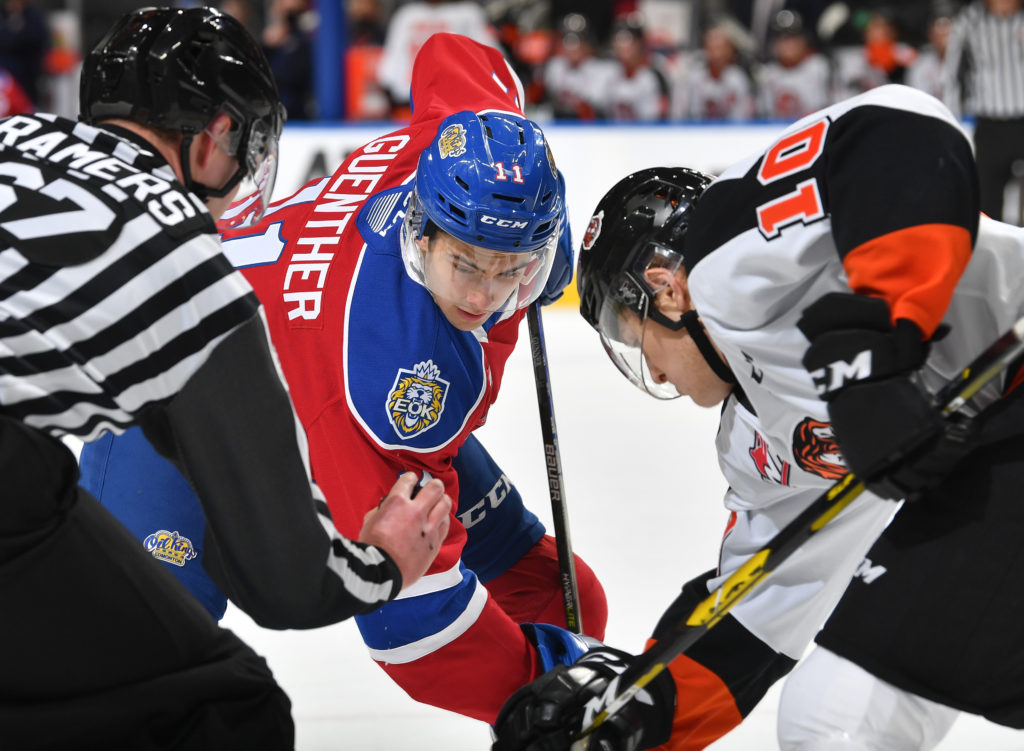 The Tigers started off the weekend with a trip to Edmonton to take on the Oil Kings. Friday’s game was the third meeting between the two clubs, with each club coming away with a victory on home ice. The game was the Edmonton debut for Kaiden Guhle, who was recently acquired from the Prince Albert Raiders in a blockbuster deal.

The Oil Kings opened the scoring at 12:41 of the first period just as a Tigers penalty was expiring. Brendan Kuny found John Szabo in the slot for his second of the season. The two defences clamped down for the remainder of the period to keep it a one goal game heading into the first intermission.

The offence started earlier in the second period with the Oil Kings adding to their lead at the 3:54 mark. Jacob Boucher fell to the ice but was still able to find Brendan Kuny in front of the net. Kuny quickly one time the puck into the back of the net for his first of the season. Brayden Boehm would cut the lead to one a few minutes later with his second marker of the year. Boehm made a nice defensive play and broke out along the right wing on a 3 on 1. He elected to keep the puck and beat the goalie short side for a shorthanded goal. The Oil Kings would reinstitute their two goal lead just under three minutes later. Jakub Demek found the bouncing puck in front of the net and put it away for this 10th. Edmonton would add one more goal before the end of the period to make it a 4-1 game. Simon Kubicek’s one time shot from the point just trickled past Beckett Langkow to send the Oil Kings into the third period with a three goal lead.

The Oil Kings continued to press hard offensively in the third and were rewarded early on the power play. Jake Neighbours found Dylan Guenther with a cross ice pass for a one timer. The goal was Guenther’s team leading 14th of the season. Guenther would strike again minutes later. Carter Souch found Guenther in front net for his second of the game and Souch’s 100th career assist. The Tigers would get one back less than a minute later while on the power play. Daniel Baker let a hard wrister go from the blue line that beat Kolby Hay. Lukas Svejkovsky and Andrew Basha picked up the assists on the power play marker. Basha’s assist was his first career WHL point. Edmonton’s power play would strike again later in the period when John Szabo redirected Logan Dowhaniuk’s point shot for this second of the game. The Oil Kings would add one more before the end of the game. Dylan Guenther completed the hat trick with a wrister from the right face off circle that found the top left corner of the net to make it 8-2.

The Tigers’ next game is Saturday, December 4th when the Tigers host the Brandon Wheat Kings in the annual Teddy Bear Toss game at Co-op Place. Game time is 7:00 (MST) and tickets are available online at tixx.ca.