TIGERS FIGHT BUT FALL 3-1 TO THE BLADES 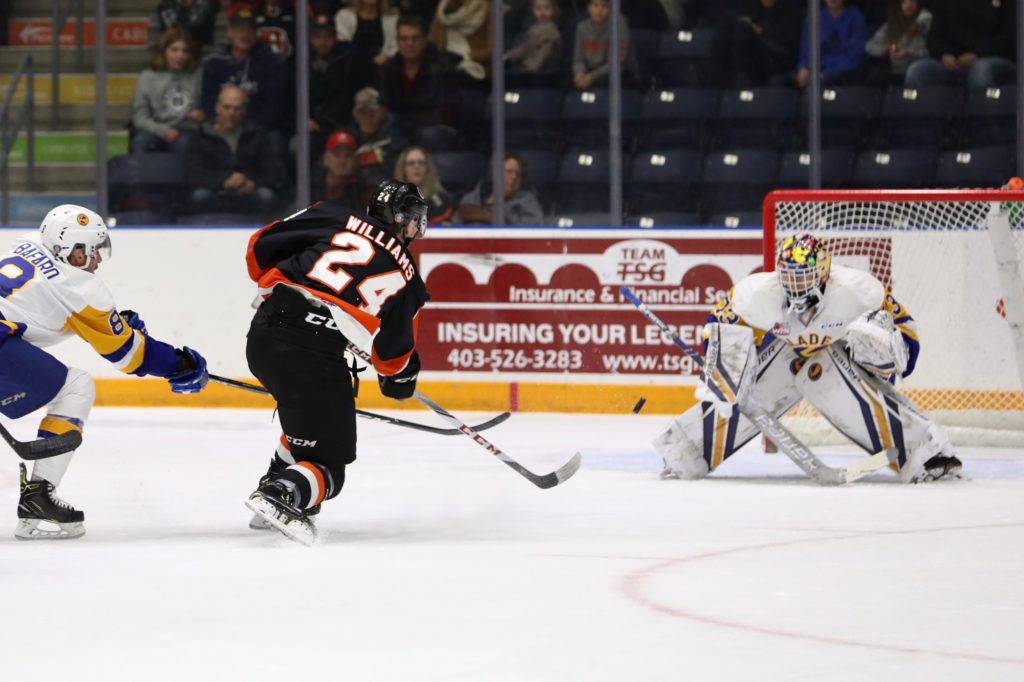 Tigers veteran goaltender Jordan Hollett stood tall throughout the game and earned the second star of the night for his performance. Hollett stopped 29 of the Blades 31 shots.

Midway through the first period, James Hamblin won the draw and Linus Nassen picked up the puck. Nassen skated it in then fed it across the crease to Josh Williams who did not hesitate to bury the puck and light the lamp for the third time this season.

Tigers headed to the dressing room leading 1-0 after the first period of play.

The Tabbies and the Blades battled back and forth throughout the second stanza but only the visitors were able to score. While the Tigers were on the penalty kill late in the period, Blades’ veteran forward Max Gerlach scored to tie the game up at 1 apiece.

Early into the final frame the Blades forward Gary Haden scored to earn the visitor’s their first lead of the night.

After an icing call against the Blades late in the goal, Hollett left the Tigers’ net to give his team the man advantage. Unfortunately, Blades forward Riley McKay was able to score on the empty net and make it a 3-1 hockey game.

Blades netminder Nolan Maier turned aside 35 of the Tigers’ 36 shots.

The Orange and Black are now 9-8-0-2 and will host the 11-7-1-1 Edmonton Oil Kings Saturday night at the Canalta Centre. There will be a Remembrance Day Ceremony prior to the 7:30 PM puck drop. The players will have purple stick tape in support of the Medicine Hat Women’s Shelter who will be in our Hut 8 Mining Community Corner.