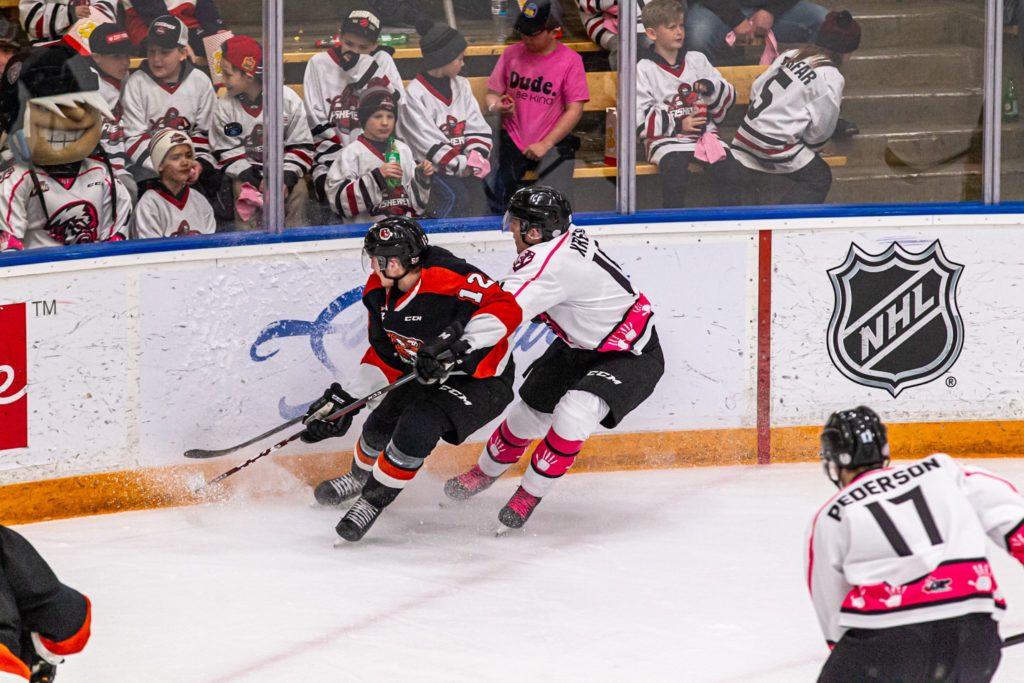 With 15 seconds remaining in the opening frame, Reece Harsch scored from the point to give the ICE a 1-0 lead.

Late in the second stanza, Michal Teply scored to extend the home team’s lead to 2-0. But the Tabbies were tenacious and with 15 seconds left in the period, Captain James Hamblin fired the puck past ICE goaltender Liam Hughes’ glove side. Hamblin’s goal is his 32nd of the season and Lukas Svejkovsky and Corson Hopwo combined on the play. The Tigers headed to the dressing room trailing 2-1 after 40 minutes of play.

In the final frame, the ICE scored twice, including an empty net goal to seal the 4-1 victory for the home team. Jakin Smallwood scored midway through the period before Teply scored his second of the night on the empty net.

Rookie goaltender Garin Bjorklund stopped 25 of 28 shots faced in the contest while Hughes turned aside 39 of the Tigers’ 40 shots.