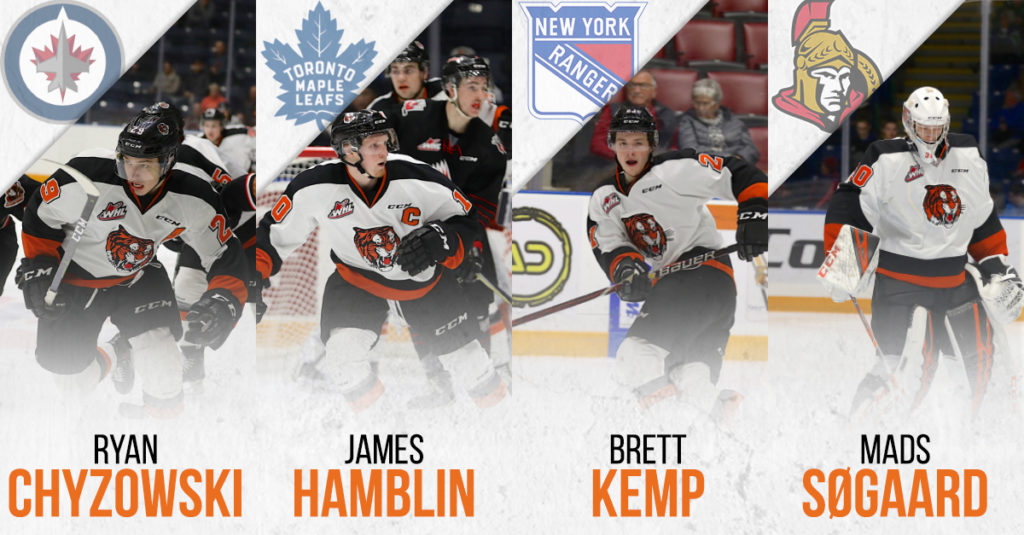 Mads Søgaard, James Hamblin, Brett Kemp and Ryan Chyzowski have all been invited to attend NHL rookie camps. Søgaard was drafted in the second round, 37th overall by the Ottawa Senators this summer and he will be attending their camp. Hamblin (Toronto Maple Leafs), Kemp (New York Rangers) and Chyzowski (Winnipeg Jets) will all be attending camps as free agent invites.

All four players will be departing for their respective camps the first week of September after this weekend’s training camp. For full details on the Tigers’ training camp click here.