TIGERS MAKE A DEAL WITH THUNDERBIRDS 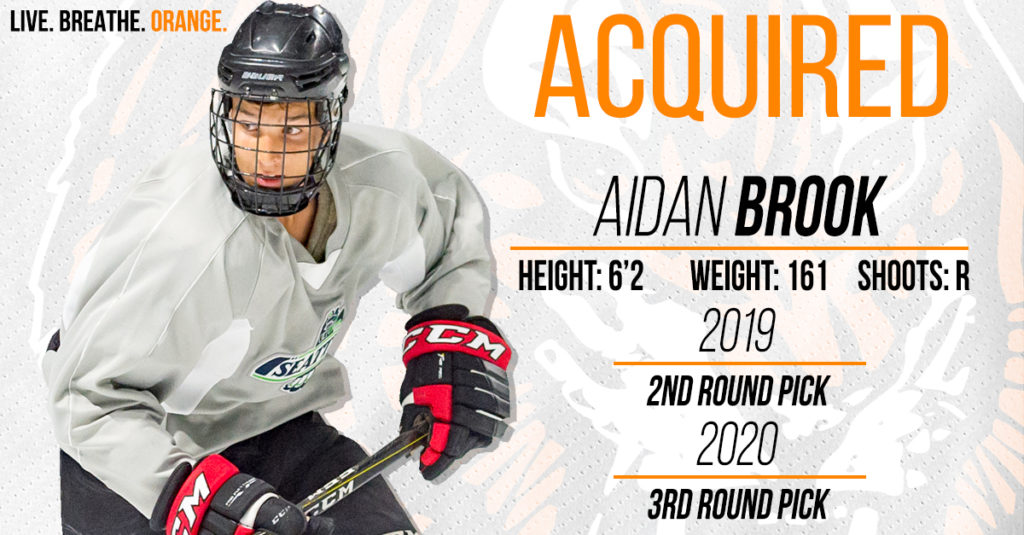 Medicine Hat, AB — The Medicine Hat Tigers announced Friday that they have acquired prospect defenceman Aidan Brook, a second round 2019 draft pick and a third round 2020 draft pick from the Seattle Thunderbirds in exchange for forward Henrik Rybinski.

“Aidan is a right-handed defenceman with good size and reach. He plays a physical game, defends hard, and makes a good first pass in transition. He has been identified as one of the best defenceman in Manitoba and will represent his province in February at the Canada Winter Games,” said Director of Play Personnel Bobby Fox.

Brook was selected in the fourth round, 76th overall by the Thunderbirds in 2018.

“We are thrilled to add a player of Aidan’s calibre to our group and we look forward to getting to know him and his family. We would also like to thank Henry for his time and contributions to the organization and wish him all the best in Seattle” said General Manager and Head Coach Shaun Clouston.

The Medicine Hat Tigers host the Kootenay ICE tonight at the Canalta Centre, the game starts at 7:30 PM.