TIGERS OPEN PRESEASON WITH A 4-2 LOSS 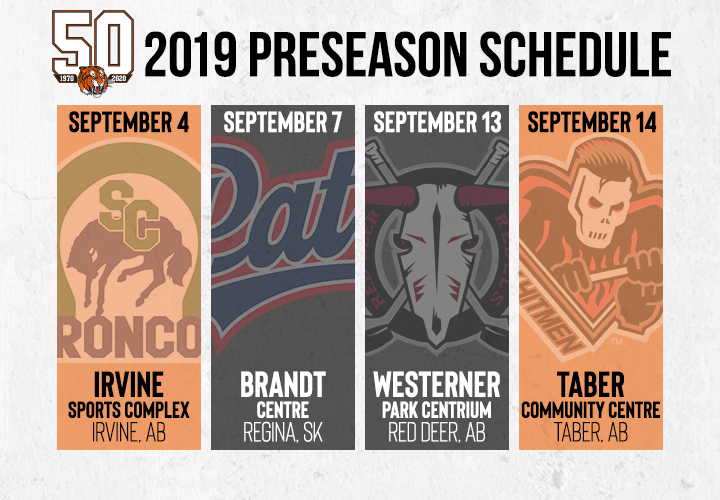 Despite the loss, fans in attendance were able to see the future of the Tigers as the team opted to dress 17 rookies, including five 2004 born players and only two veterans.

Rookie goaltender Garin Bjorklund had a strong performance turning aside 36 of 39 shots faced.

The young squad went 4/4 on the penalty kill, including killing off a 5 on 3 late in the first period.

Early into the second stanza, Swift Current forward Brandon Machado broke the stalemate to put the visitors up by 1.

Midway through the frame, Dru Krebs and Cole Sillinger combined to set up Jaxon Steele on the power play.

Before the period ended, Kyle Buchanan scored to give the Broncos a 2-1 lead after 40 minutes of play.

In the final frame, Noah Danielson scored on the power play. Kadyn Chabot and Henry Smith assisted on the play.

Late in the game, Bjorklund left the net to give the Tabbies an opportunity to tie the game up but unfortunately, the Broncos won possession of the puck and Aiden Bulych scored on the empty net to make it 4-2.

Rookies Jordan Fairlie and Reid Dyck split goaltending duties for the Broncos. Fairlie started the game and played the first half stopping 11 of 12 shots faced. Dyck played the second half and stopped 8 of 9 shots faced.

The Tigers are 0-1-0-0 this preseason and they will travel to Regina this Saturday to take on the Pats.