TIGERS OUTLASTED BY THUNDERBIRDS 4-3 IN OT 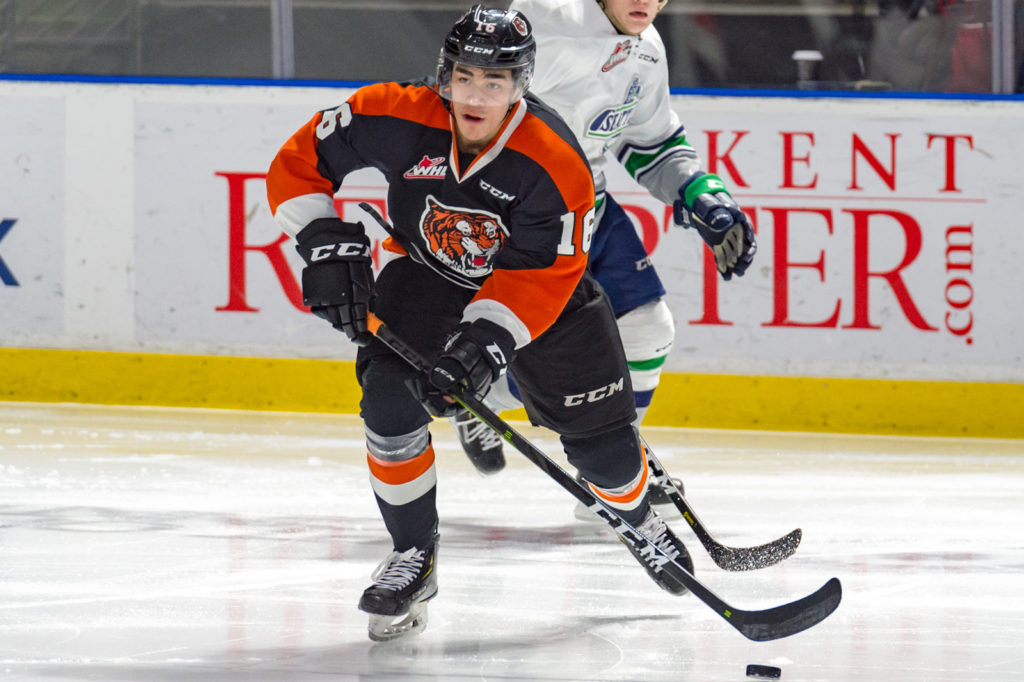 The Tabbies are now 2-0-1-0 on their four-game road trip that will finish Sunday night in Portland.

Ryan Jevne and Linus Nassen combined to set up James Hamblin to score his 30th goal of the season midway through the first period.

Andrej Kukuca scored for the Thunderbirds before Tyler Preziuso regained the lead for the Tabbies late in the second stanza. Hamblin and Jevne assisted on Preziuso’ 19th goal of the season.

Early into the final frame, Jevne and Nassen set up Ryan Chyzowski to score his 19th goal of the season and give the Orange and Black a 3-1 lead.

The Thunderbirds continued to battle and it paid off when Kukuca scored his second of the night before Jake Lee scored to send the game into overtime.

Late in overtime, Matthew Wedman scored the game-winning goal for the Thunderbirds.

The Orange and Black are now 30-19-3-2 this season and will finish their road trip Sunday night in Portland before returning home to host Saskatoon on Wednesday.