TIGERS OUTLASTED BY WARRIORS 4-3 IN A SHOOTOUT 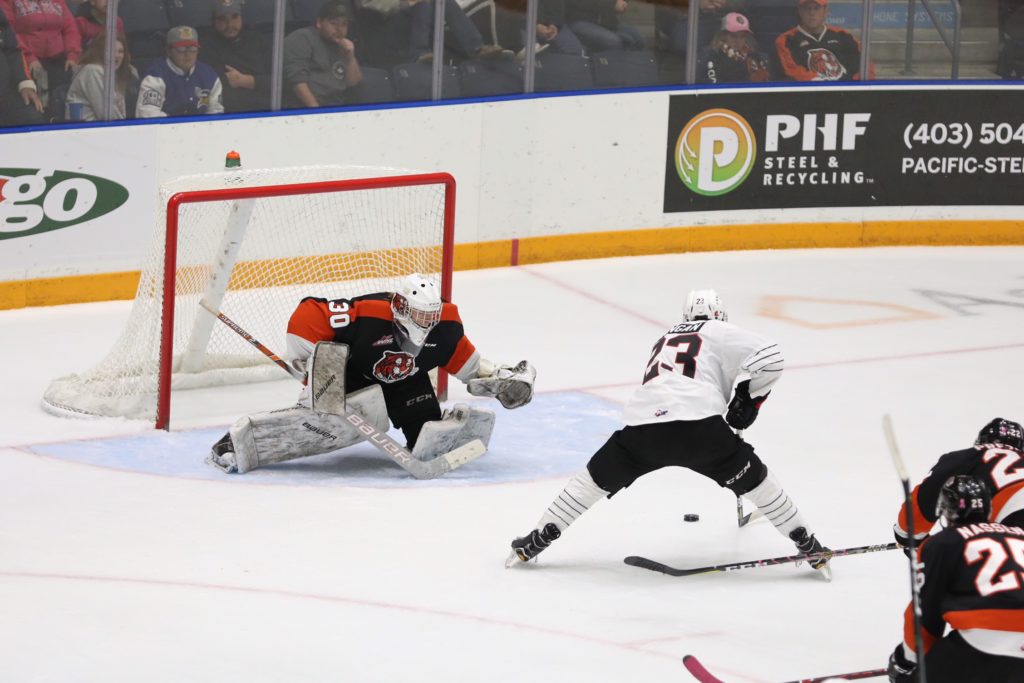 Medicine Hat, AB — The Medicine Hat Tigers were outlasted by the Moose Jaw Warriors in a 4-3 shootout loss Saturday night.

Rookie goaltender Mads Sogaard turned aside 29 of the Warriors 32 shots and his record is now 4-0-0-2 in the six games he has started.

Hayden Ostir struck first for the Tigers early into the game. Ostir’s fourth goal of the season was assisted by James Hamblin and Josh Williams.

With twenty-three seconds left in the opening period, Cole Clayton forced a turnover and fed the puck to Tyler Preziuso who redirected it past Warriors’ goaltender Brodan Salmond to give the home team a 2-0 lead.

Both teams had their opportunities in the second stanza but neither were able to score.

Elijah Brown passed Jaxon Steele the puck from behind the net and Steele fired past Salmond early into the final frame.

The Warriors rallied to force overtime scoring three back to back goals in the third period. Tate Popple, Josh Brook and Brayden Tracey scored for the visitors to tie the game up at 3 apiece.

Neither team was able to score in overtime and the game went to a shootout where Tristin Langan was the lone goal scorer and won the game for the Warriors.

The Tigers are now 8-6-0-2 and will play the Calgary Hitmen in a home and home series next weekend. Friday night, the Tabbies will pay a visit to the Saddledome before hosting the Hitmen Sunday at the Canalta Centre. Sunday’s game will be followed by a team autograph night.