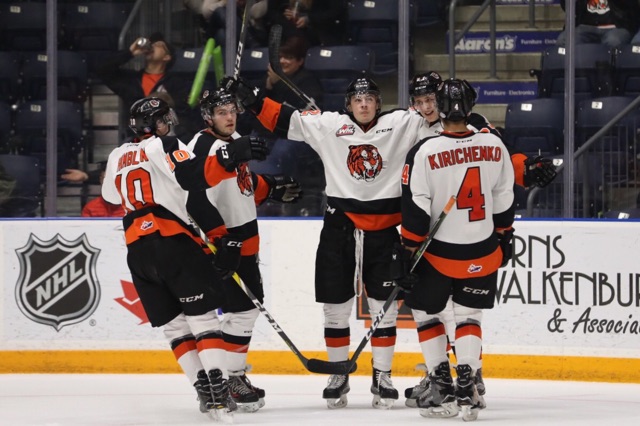 Medicine Hat, AB — The Medicine Hat Tigers were juggling lines like a game of shinny Saturday night at the Canalta Centre, but even with seven regulars missing from the lineup they were still able to send the Edmonton Oil Kings home empty-handed.

Chad Butcher, Matt Bradley and Mark Rassell all scored in the final three minutes of the second period to break open a tie game wide open before skating away with a 7-4 victory on a night that featured contributions from every active player at Medicine Hat’s disposal.

It was the second time Bradley and Rassell connected in succession that evening, as the pair opened the scoring early in the first period before Edmonton’s Trey Fix-Wolansky mustered a response.

The 17-year-old forward closed out the opening period with his 18th goal of the season before adding another to open up the second — but the Tigers managed to regain the upper hand with a wild conclusion to the frame.

Butcher netted his first shorthanded goal of the year, then Bradley hopped out of the box and added another before Rassell mashed a loose puck through the legs of Oil Kings goaltender Josh Dechaine to bury Edmonton in a three-goal deficit.

Medicine Hat continued the offensive onslaught to open the third, with James Hamblin tipping a Mason Shaw one-timer past Dechaine on their first power play chance of the evening. Hamblin finished the night with three points.

Tigers goaltender Nick Schneider collected his third straight win, though he was pulled in favour of Michael Bullion after allowing a third goal on 17 shots. Bullion stopped five of six in relief to help push the Tigers to 42-17-1-0 on the year.

Tigers prospect Josh Williams made his home ice debut Saturday. While the 15-year-old Langley, B.C. product — selected fifth overall in the 2016 WHL bantam draft — was held off the scoresheet, he worked his way into a number of scoring chances and spent time with the team’s overage line alongside Butcher and Steven Owre. 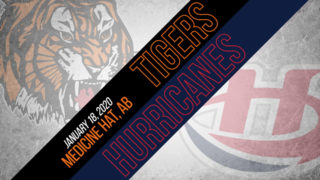 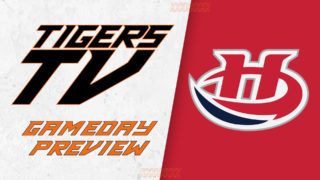