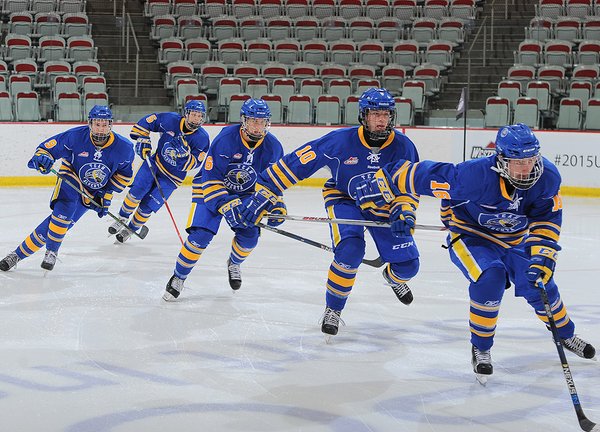 Eighty 2001-born male hockey players have been invited to take the next step in Hockey Alberta’s U16 program.

Medicine Hat Tigers 2nd Round draft pick earlier this month Daniel Baker is the only prospect to make the list from Alberta as the Tabbies selected just one player from Alberta born in 2001 (exception is 9th Round pick Logan Ganie (99 born)). Baker played last season with the CAC club out of Edmonton, recording 42 points in 35 games along with 82 penalty minutes.

Invitations have been extended to the players to attend the Team Alberta U16 Male Summer Camp, July 5-10 in Camrose.

“We’re very happy with the list of players we’ve invited to our Summer camp, and these players should be very proud of themselves,” said Michael Kraichy, Manager of Team Alberta. “We’re excited to see these players perform under higher expectations, with a chance to compete at the Western Challenge Cup on the line.”

The list includes eight goalies, 24 defensemen, and 48 forwards. The selection process is based on scouting during the 2015-16 season, and at the 2016 Alberta Cup in Canmore in April, where the players were evaluated by Team Alberta staff. From the camp in Camrose, a shortlist will be established, with those players scouted with their club teams until the 20 players who will comprise the roster for Team Alberta are named in the fall.

The team will compete at the 2016 Western Canada U16 Challenge Cup in Calgary in October.