TIGERS RALLY TO WIN 3-2 IN OVERTIME 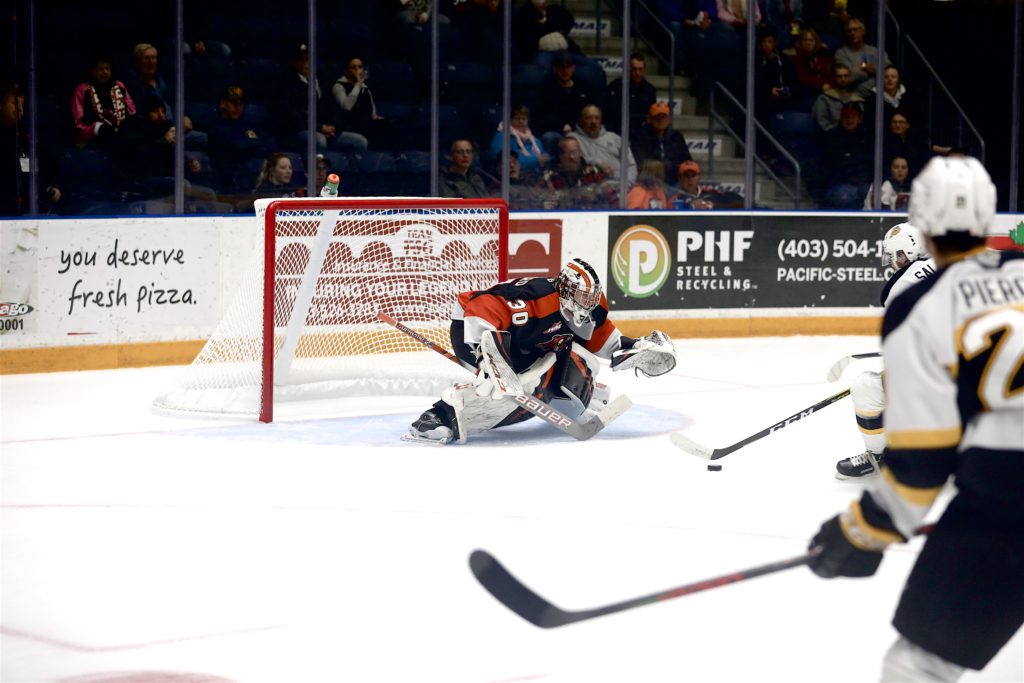 Medicine Hat, AB — The Medicine Hat Tigers came back from a 2-0 deficit to defeat the Brandon Wheat Kings 3-2 in overtime Friday night.

Trailing 2-0 late in the game, Nick McCarry and James Hamblin each scored to tie the game up and send it to overtime. Early into extra time, Brett Kemp scored the game winning goal to seal the 3-2 victory for the Tabbies.

In the first period, the Brandon Wheat Kings capitalized on their first power play of the night. In the dying seconds of their man advantage, Lynden McCallum beat Tigers goaltender Mads Søgaard to make it 1-0 for the home team.

Despite outshooting the Wheat Kings 14-6 in the second stanza, the Tigers were unable to find a way to solve Brandon’s netminder Jiri Patera. They headed to their dressing room trailing 1-0 after 40 minutes of play.

In the final frame, rookie forward Jake Chiasson scored to extend the Wheat Kings lead to 2-0 with just over 12 minutes remaining in the game.

With less than five minutes on the clock, McCarry collected a rebound on the back door and buried it to score his 12th goal of the season. Corson Howpo and Cole Clayton collected assists on the play.

Two minutes and six seconds later, Lukas Svejkovsky played the puck out of the corner to Parker Gavlas who wrapped it around the net and found Hamblin. Hamblin directed the puck past Patera to score his 31st goal of the season and tie the game up 2-2.

Eighteen seconds into overtime on a play from Ryan Chyzowski, Kemp scored the game winning goal. Søgaard stopped 27 of 29 shots faced in the contest and earned first star of the game. On the other end of the ice, Patera allowed three goals on 37 shots faced.

The Orange and Black are 33-15-2-1 and they will finish off their Manitoba road trip Saturday night in Winnipeg.