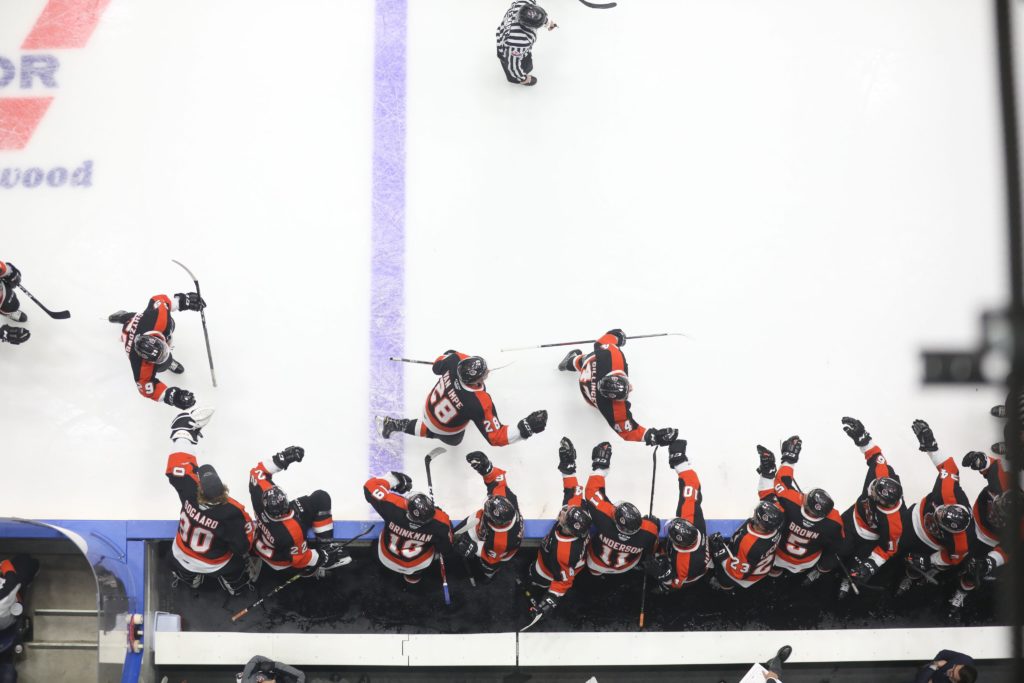 Medicine Hat, AB — The Medicine Hat Tigers defeated the Swift Current Broncos 10-1 to sweep them in this weekend’s home and home series.

The Tigers had eight different goal scorers on route to victory while rookie netminder Garin Bjorklund stopped 32 of 33 shots faced.

Early into the game, Cole Clayton fed a pass to Jonathan Brinkman who carried the puck up the ice and fired a shot past the glove of Broncos goaltender Jordan Farlie to score his first career WHL goal.

Forty seconds later, the Broncos turned over the puck in front of Farlie and Captain James Hamblin was there to score his first goal of this season extending the Tigers’ lead to 2-0.

Midway through the period, Hamblin combined with Parker Gavlas to set Tyler Preziuso up to score his second of the season.

The Tigers scored six goals in the second stanza to give themselves a 9-0 lead after 40 minutes of play.

Bryan Lockner scored his first of the night from the slot early into the frame. Lockner’s goal was assisted by Eric Van Impe and Corson Hopwo.

Midway through the period, Gavlas combined with Brinkman to set up Hamblin for his second of the night.

Just over two minutes later, Ryan Chyzowski’s shot was redirected into the net by Brett Kemp for Kemp’s first of the season. Cole Clayton assisted on the play.

Shortly after, Van Impe set up Sillinger to score his second of the season by beating Fairlie stick side.

Late in the period, Lockner scored his second of the night and fourth of the season on a play from Hopwo and Daniel Baker.

To finish the period off, Van Impe combined with Baxter Anderson to set up Nick McCarry to score his first goal of the season.

Fairlie left the Swift Current net after 40 minutes of play. He stopped 21 of 30 shots faced and was replaced by Isaac Poulter for the final frame.

Veteran forward Tyler Smithies scored early in the third period to get the Broncos on the scoreboard.

Clayton responded for the Tigers scoring late in the game. His first goal of the season was assisted by Noah Danielson and McCarry.

Poulter turned aside 10 of the Tigers’ 11 shots in the third period.

The Tigers are now 3-1-0-0 and they will travel to Calgary for an afternoon game against the Hitmen. The game will start at 4 PM.

Fans are reminded that the Home Depot Street Hockey game with the Tigers is Tuesday, October 1st fro 6:30 to 8:30 PM.