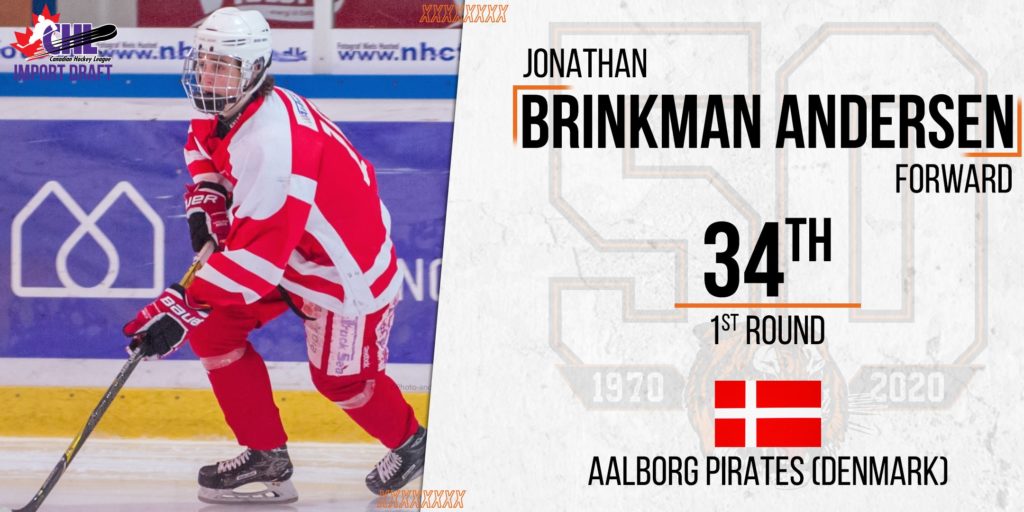 Brinkman Andersen picked up 6 points (1G, 5A) in 32 games for the Pirates last year in the Danish League. The 17-year-old forward also has experience playing for the Danish National Team. Last season he won a Bronze Medal with the U18 WJC (D1A) team and he was also named one U20 WJC Top 3 Player on the Team.

He is expected to report to Tigers Main Training Camp at the end of summer.

The Tigers passed on their second round pick for this year’s draft.

The 2019-20 schedule has been released and season tickets are on sale now.