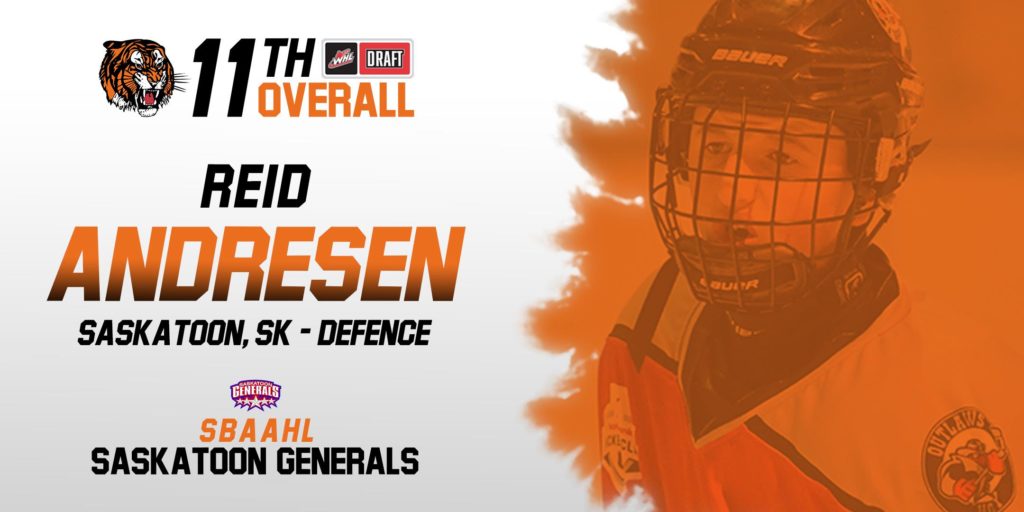 Andresen is a very good all-around defenceman, who focuses first on his end but can also contribute offensively when needed. During the 2019-20 season, he was the Captain of the Saskatoon Generals Bantam AA of the Saskatchewan Bantam AA Hockey League (SBAAHL) and collected 51 points (13G, 38A) in 31 games played. The Generals finished the shortened 19-20 season in third place in the North Division with a 22-7-0-2 record.

“Reid is a smooth, mobile, puck moving defenceman,” said Director of Player Personnel Bobby Fox. “He thinks the game extremely well and he can control the game from the back end.”

Andresen is the Tigers’ 30th first round draft pick since the WHL Bantam Draft’s inauguration in 1990.