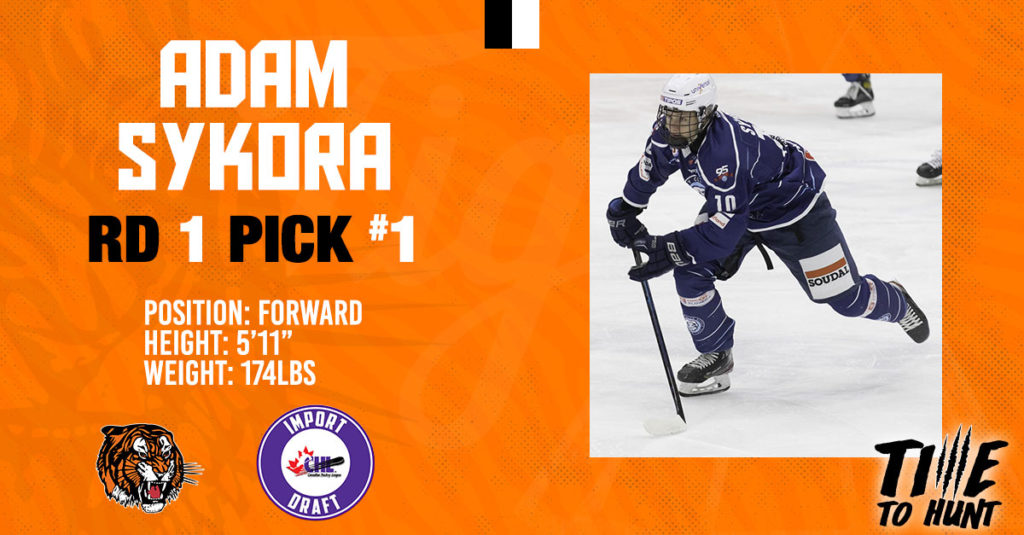 Medicine Hat, AB —  With the 1st overall pick in the 2022 CHL Import Draft the Medicine Hat Tigers have selected Adam Sýkora from Slovakia.

Sýkora who stands 5’11” played in 46 games for the HK Nitra in the Slovakian Tipos Extraliga during the 2021-2022 season notching 10 goals and adding 7 assists.  Sýkora has played with the U16, U18 and U20 at the Tipos Extraliga level for HK Nitra and he has also played with Team Slovakia U18.

Tigers Head Coach and General Manager Willie Desjardins says “Adam is a skilled offensive forward with a great motor and plays with intensity. He takes away time and space, and is not afraid to be first to pucks and play in the dirty areas. He had an excellent World Championships as one of the youngest players in the tournament, and we expect him to be taken in the first few rounds of the NHL Draft next week. We are excited about the prospects of adding a player of his caliber and providing an environment where he can continue to improve and develop his game.”

The Medicine Hat Tigers would like to welcome Adam and his family to the organization!