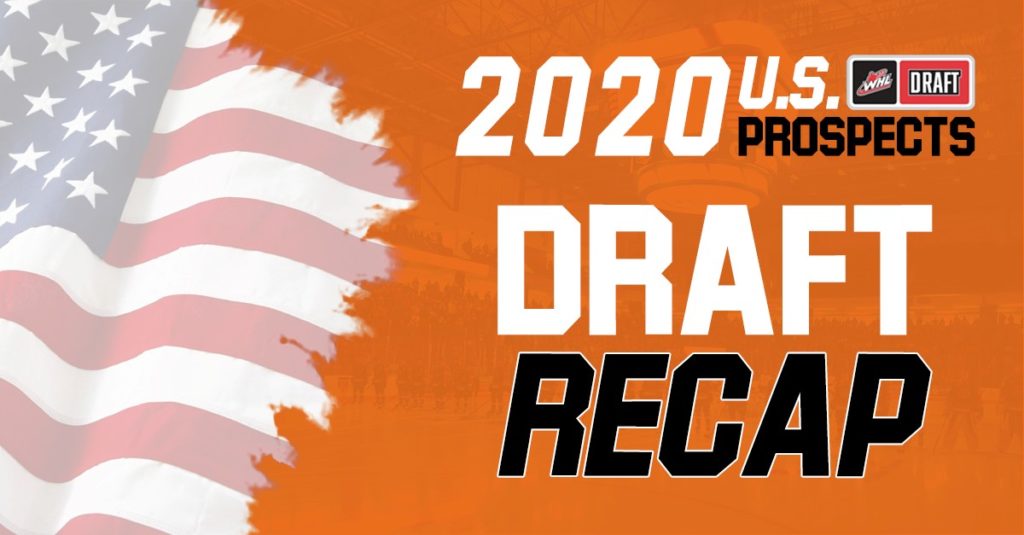 In the first round with the 12th overall selection, the Tigers chose Oliver Moore from Mounds View, Minnesota. 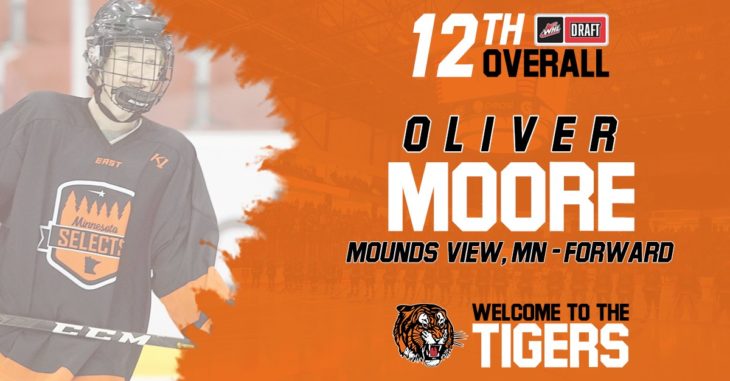 The 5’10 forward played for Totino-Grace High in the U.S. High School Minnesota league this past season where he scored seven goals and collected 28 assists for 35 points in 25 games played.

“Oliver is a dynamic player with high-end speed and mobility. He’s a skilled playmaker that can also score and competes at both ends of the rink,” said Bobby Fox, Tigers’ Director of Player Personnel.

In the second round with the 33rd overall selection, the Tigers chose Josh Erickson from Danville, California. 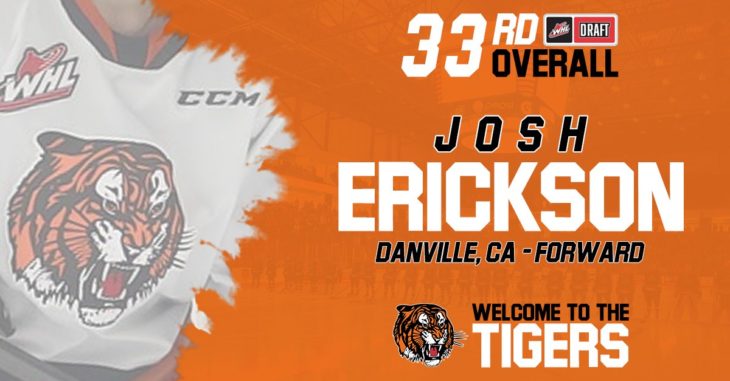 The 5’11 forward played for Shattuck St. Mary’s Bantam T1 this past season. Erickson scored 21 goals and collected 26 assists for 47 points in 58 games played.

“Josh is a competitive power forward that’s difficult to play against. He can beat you with speed and shoots to score,” said Fox.

Players not selected in today’s draft are eligible to be selected in the 2020 Bantam Draft which will take place May 7th, 2020.