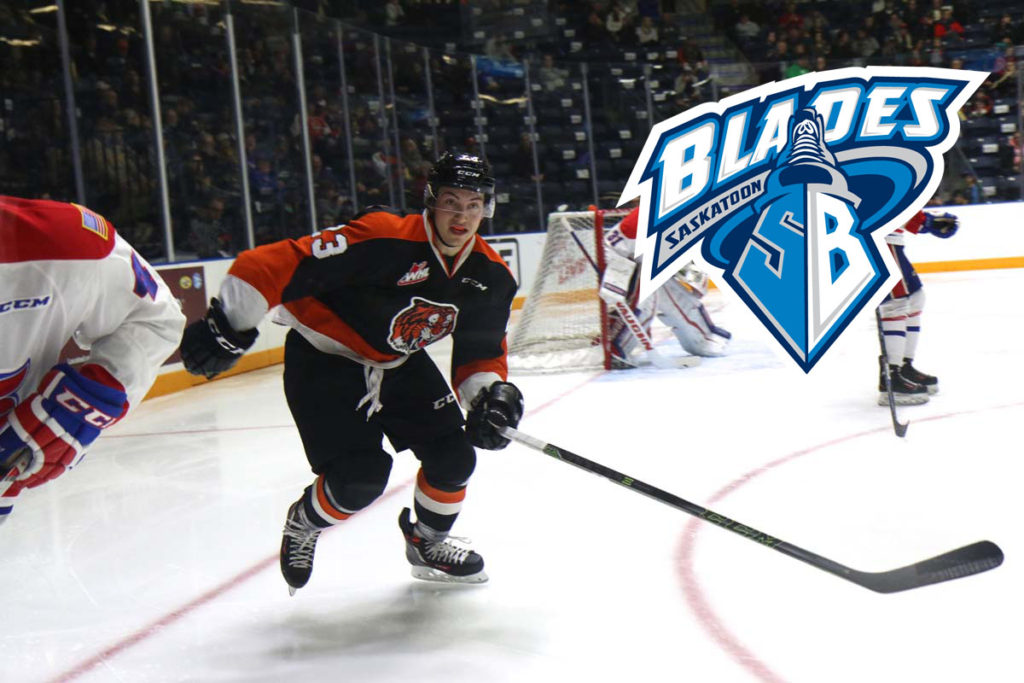 The Tigers drafted Fantillo in the 6th Round of the 2013 Bantam draft (123rd overall). He was entering his 2nd season in the league after appearing in 63 games as a rookie last year. Fantillo recorded 12 points in those games, including a goal in the tiebreaker game against Edmonton on March 22nd. Currently this season Fantillo played in 5 games recording 2 assists and 12 penalty minutes.

“We would like to thank Caleb for his contributions to the Tigers on and off the ice and we wish him the best with his new team in Saskatoon,” said Head Coach and General Manager Shaun Clouston.

The Tigers are back in action this weekend as they host the Calgary Hitmen and Vancouver Giants in the first of back to back home games this season. Tickets are still available and can be purchased online through ticketmaster.ca, in person at the Canalta Centre Box Office or by calling 1-855-905-5000.