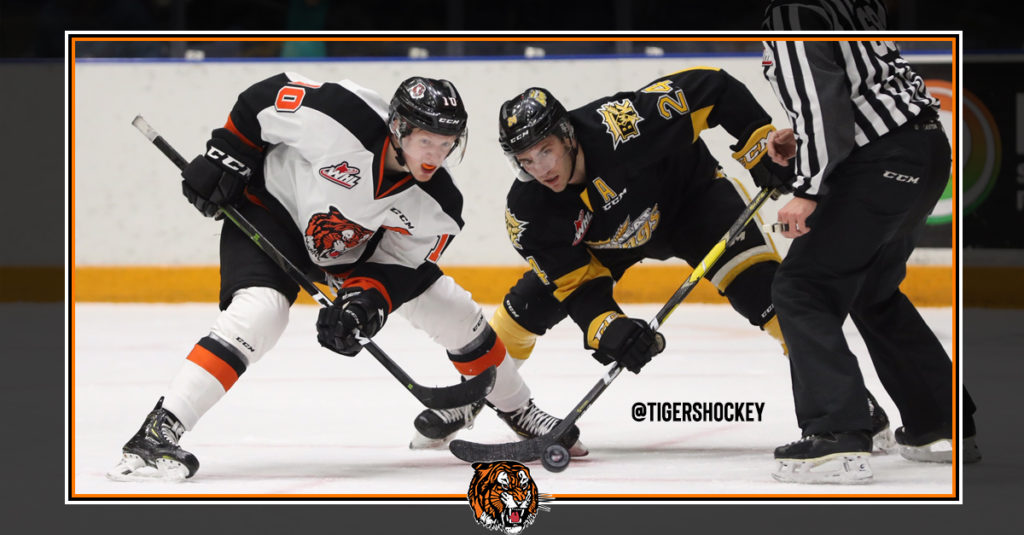 Hamblin opened the scoring early in the game by firing a shot past the glove of Wheat Kings’ affiliate goaltender Connor Ungar. Hamblin’s 28th goal of the season was assisted by Linus Nassen.

Quickly after Hamblin’s goal, Logan Christensen fired in a rebound from the slot to score his 6th goal of the season. Nick McCarry and Bryan Lockner assisted on the play.

Late in the opening frame while on the power play, Brett Kemp scored on the backhand. Ryan Jevne and Nassen combined on Kemp’s 26th goal of the season.

After Kemp’s goal, Ungar left the game and he was replaced by Ethan Kruger.

The Orange and Black headed to the dressing room leading 3-0 after 20 minutes of play.

The lone goal in the second stanza came when Hamblin passed the puck cross-ice to Jevne who did not hesitate to fire it in for his 22nd goal of the season. Chyzowski also assisted on the play.

Early into the final frame, Elijah Brown scored on Jaxon Steele’s rebound to get his 10th goal of the season and seal the Tigers’ 5-0 victory.

Medicine Hat is now 28-18-2-2 and will depart this week for a four-game road trip, starting in Kootenay on Wednesday night.