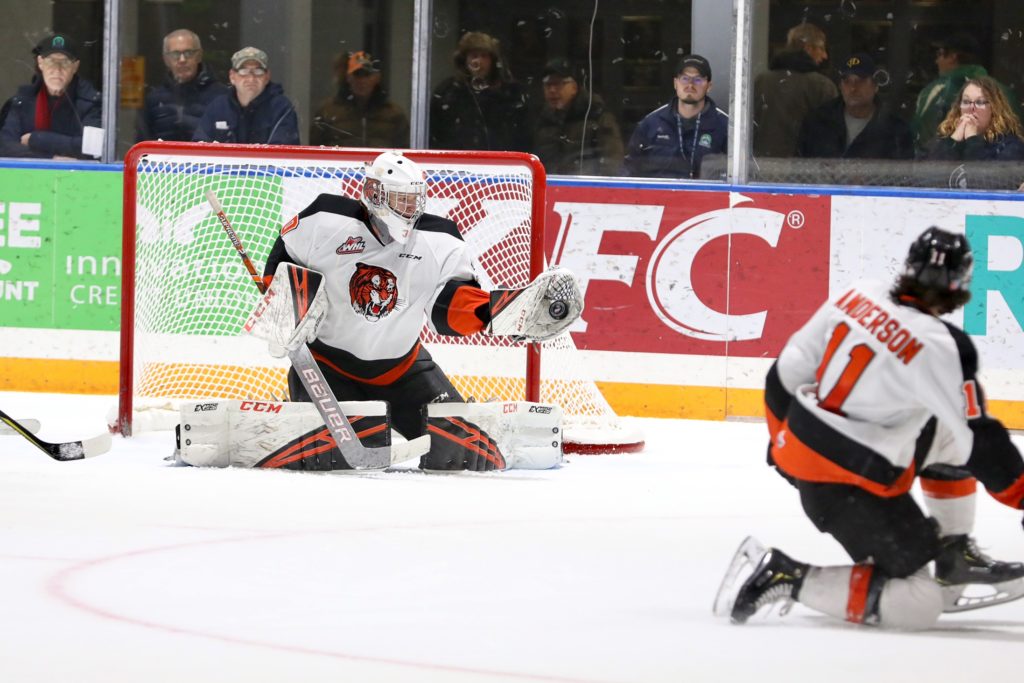 Medicine Hat, AB — The Medicine Hat Tigers closed out their four games in five days road trip with a win against the Swift Current Broncos.

Midway through the opening period, Ryan Chyzowski took possession of the puck in the Broncos’ end and fired in a wrist shot from the high slot to score his 8th goal of the season.

Just over five minutes later, Josh Williams and Daniel Baker set up Chyzowski to score his second of the night, 9th of the year and make it a 2-0 game for the Tigers.

The Orange and Black fired a total of 30 shots on Swift Current netminder Joel Hofer but were unable to score again in the contest.

Medicine Hat is now 10-11-1-2 and will return home to host the Prince Albert Raiders on Friday, November 23rd. Wawanesa is the game sponsor and Special Olympics Alberta will be in the Hut 8 Mining Community Corner.

Wednesday, November 21st is the Annual Big Brothers, Big Sisters Skate with the Tigers from 7 to 8 PM at the Canalta Centre. Everyone is welcome.