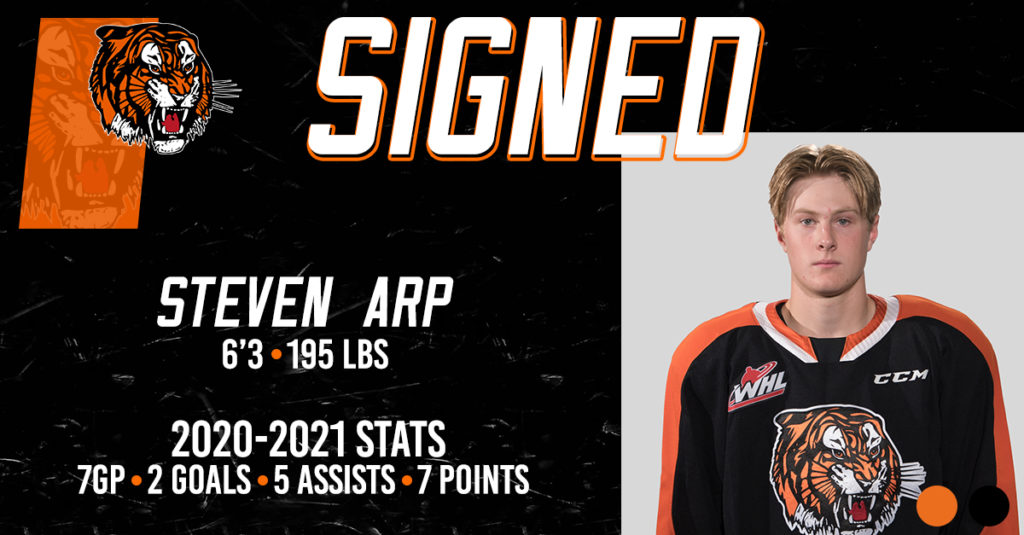 Medicine Hat, AB — The Medicine Hat Tigers are proud to announce that they have signed forward Steven Arp (’04) to a Standard WHL Player Agreement.

The 6’3″ forward appeared in seven games for the Parkland Rangers of MU18HL scoring 2 goals and adding 5 assists for a total of 7 points, while registering 18 penalty minutes. In the 2019-20 season, the Swan River, MB product played in 48 games for the Rangers, putting up 46 points (27G, 19A).

Tigers Director of Player Personnel Bobby Fox says “Steven is a versatile big body forward. He has a strong work ethic, shows confidence with the puck and has a knack around the net.”

Arp is expected to see his first action in a Tigers uniform this weekend when the Tigers conclude their preseason with two contests against the Swift Current Broncos. Friday night the teams square off in Swift, before returning home to Co-op Place on Saturday for the rematch. Doors open at 6pm, with puck drop scheduled for 7pm.