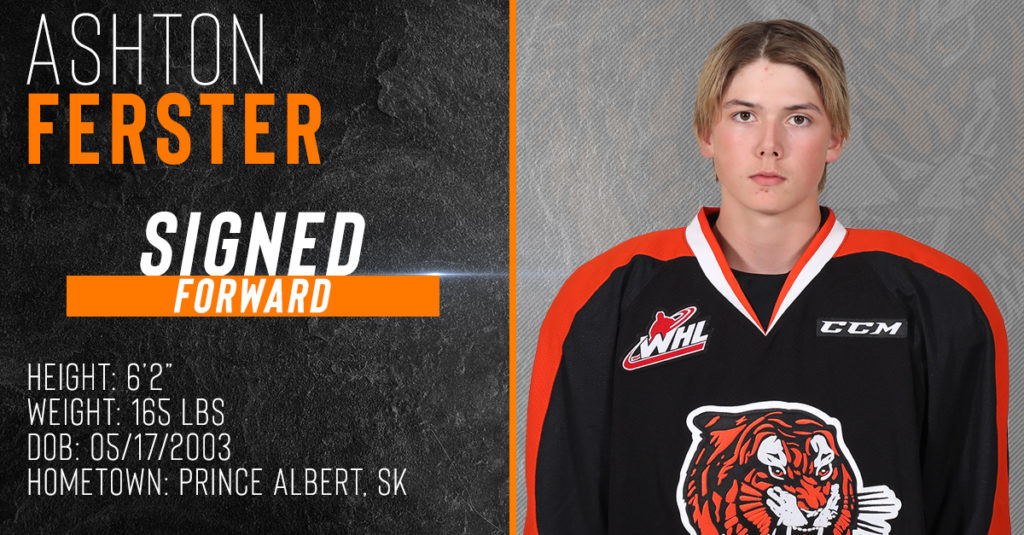 “Ashton is a smart, hard-working forward with scoring drive.  He knows how to get open and has an accurate shot. He has a high ceiling and we are excited to monitor his progress,” said Bobby Fox, Director of Player Personnel.

Ferster is a native of Prince Albert, SK and he played for the Raiders Bantam AA in the SBAAHL last season. In 31 games played, the 6’2, 165 lb forward scored 24 goals and had 36 assists.

“We are excited about his future and we look forward to working with Ashton as he pursues his hockey dreams. We’d like to welcome Ashton and his family to the Tigers organization,” said Shaun Clouston, General Manager and Head Coach.