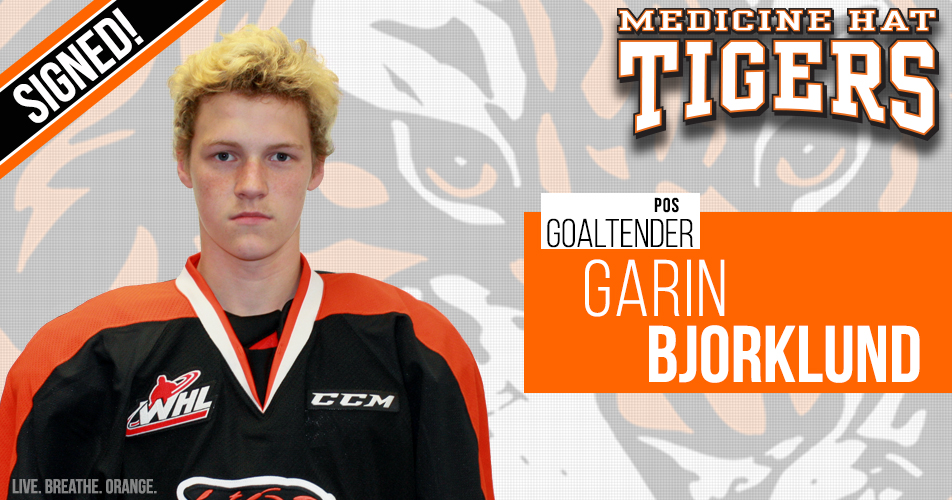 The 5’11 155lb goaltender from Grande Prairie, Alberta played Bantam AAA last season with the Calgary CBHA Bisons, appearing in 24 games posting a 15-6-3 record to go along with a 1.97 GAA. Garin was selected 21st overall by the Tigers in the draft and was the first goalie taken in the 1st round for Medicine Hat since 2007.

Last year saw Bjorklund awarded the Alberta Major Bantam Hockey League Top Goaltender for the South Division. He was also an Alberta Cup All-Star as his team took home the B Final title. In the 3 games at the Alberta Cup Bjorklund posted a 1.34 GAA and 0.960 save percentage.

“Garin is a talented young goaltender. He is athletic, competitive and possesses great work ethic. We are excited about his future and we look forward to working with him as he progresses to the WHL. We would like to welcome Garin and his entire family to the Tigers organization,” said Clouston.

Bjorklund will be in action at Training Camp, which kicks off Friday at the Canalta Centre.