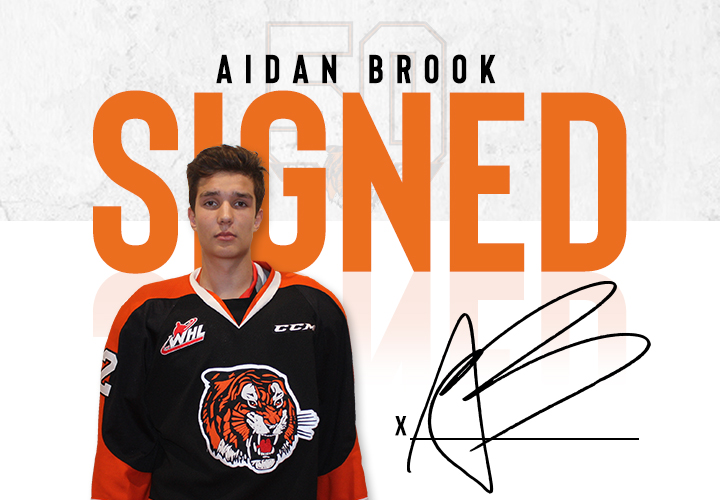 Medicine Hat, AB — The Medicine Hat Tigers are thrilled to announce the signing of Aidan Brook to a Standard WHL Player Agreement.

Brook was drafted by the Seattle Thunderbirds 76th overall in the fourth round of the 2018 WHL Bantam Draft. He was acquired by the Tigers through a trade in January.

“Aidan is a very reliable defenceman that can play in all situations,” said Bobby Fox, Director of Player Personnel. “He has a strong presence defensively. He has a great stick, will block shots and plays tough on guys in front. Aidan shows good vision in transition and at the offensive blue line.”

Brook played for the Rink Hockey Academy Elite 15s in the CSSHL last season picking up 26 points (1G, 25A) in 36 games. He also was named an alternate captain for Team Manitoba in the Canada Winter Games this past February. During the tournament, he picked up 2 points (1G, 1A) in six games.

“We are excited to welcome Aidan and his family to the Tigers Organization and we are thrilled to have a player of his calibre join us,” said Fox.