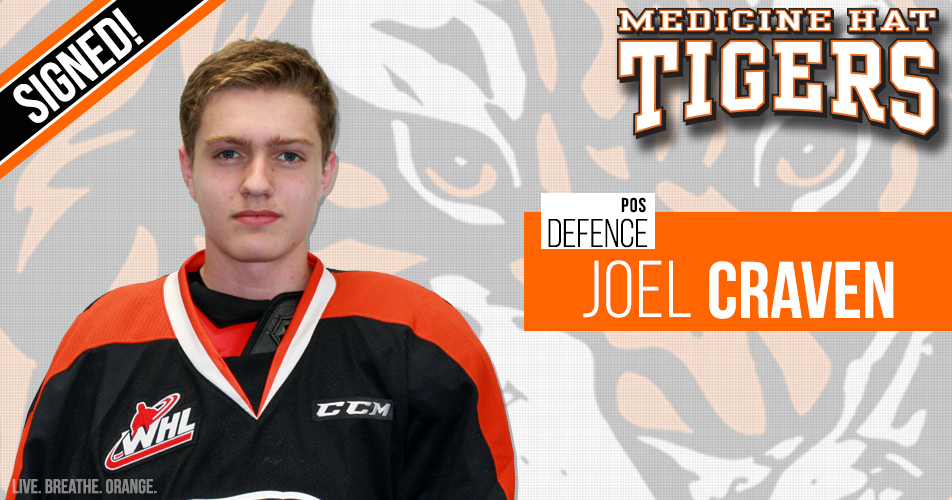 “We are pleased to welcome Joel and his family to the Tigers organization,” said Clouston, “We look forward to working with Joel as he progresses to the WHL.”

“We think Joel’s development as a solid two way defenseman is coming along as we expected and we are thrilled that he and his family have decided to join our hockey club,” stated Senior Director of Player Development Darren Kruger.

Joel is the son of former Tiger Murray Craven. Murray played 4 seasons with the Tigers from 1980-81 to 1983-84 and is currently the Senior Vice President for the Vegas Golden Knights.