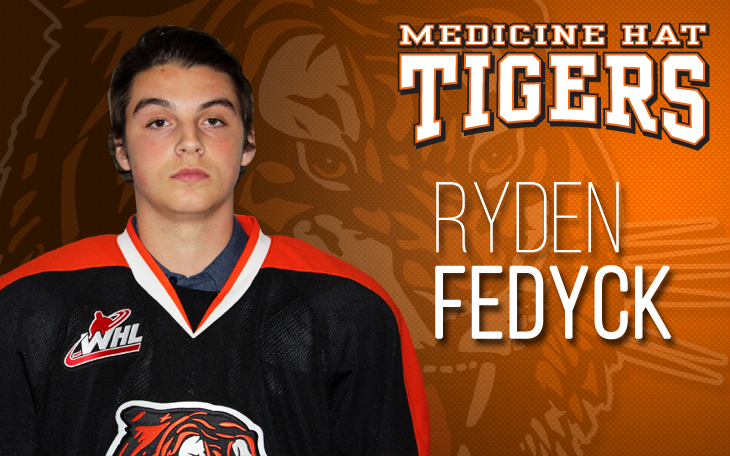 Medicine Hat, AB — The Medicine Hat Tigers announced on Monday the signing of 2016 3rd Round pick Ryden Fedyck to a Standard WHL Player Agreement following Orientation Camp this past weekend.

The 6’3 175lb defenceman was drafted with the 55th overall pick earlier in May and played last season with the Winnipeg Sharks, recording 22 points in 31 games while accumulating 96 penalty minutes.

“We are excited to announce that we have signed Ryden Fedyck to a Standard Player Agreement,” said Head Coach and General Manager Shaun Clouston, “We welcome Ryden and his family to the Tigers organization and look forward to following Ryden’s development over the course of the upcoming season.”

Ryden is regarded as a big and physical defender, something that caught the eye of Tiger scouts,

“Ryden is a solid stay at home defenceman that can provide some offensive from the back end,” said Tigers Senior Director of Player Development Darren Kruger, “He very responsible in his own end and we look forward to his progress over the next couple of years.”

For a full recap on the Tigers 2016 Orientation Camp, head to tigershockey.com for all your updates and photos from the weekend!