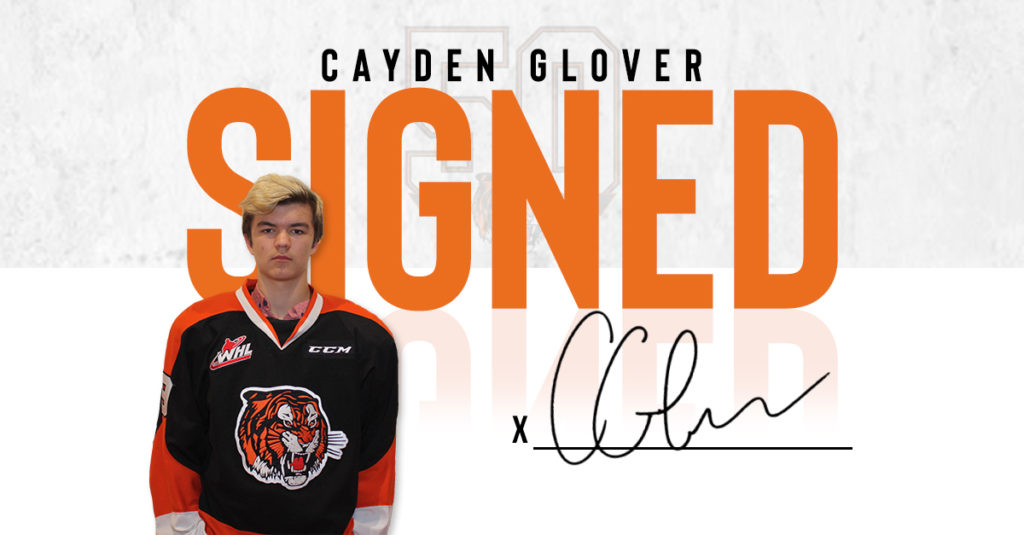 “The Tigers are thrilled that Cayden has chosen to pursue his hockey dreams through the Medicine Hat Tigers,” said Tigers GM and Head Coach Shaun Clouston. “We would like to welcome Cayden and his family to Medicine Hat and to the Tigers organization.”

Glover, one of the top forward prospects coming out of the Winnipeg Bantam AAA League this season scored at well over a goal per game pace this past season and led his Brandon Wheat Kings in scoring by 34 points. Cayden racked up 47 goals and 19 assists in only 36 contests with the BWK AAA Team.

“Cayden possesses blazing speed with the puck and is very agile,” said Tigers Director of Player Personnel Bobby Fox. “He epitomizes what it means to be a Tiger, Glover is very quick, highly skilled and is known for out working his opponents.”

Cayden Glover and the other Tigers prospects attending this seasons orientation camp will hit the ice at 9:45am this morning at the Family Leisure Centre for the annual Black vs White Game. It is open to the public and there is no charge.