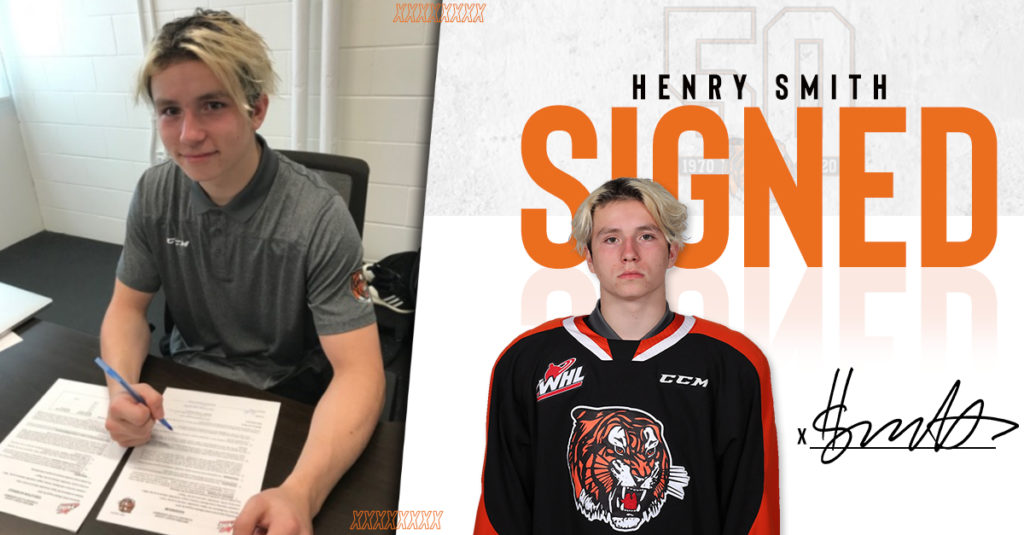 “Henry is two-way defenceman with good feet. He has a heavy shot, makes crisp tape to tape passes and he shows good offensive as well as defensive instincts,” said Bobby Fox, Director of Player Personnel.

Smith was drafted by the Tigers in the second round, 34th overall in this year’s Bantam Draft. The 15-year-old Richmond, BC native suited up for the Delta Hockey Academy Bantam Prep G team last season and picked up 30 points (11G, 19A) in 29 games played.

“Henry is a good young defenceman that likes to get involved in the play offensively,” said Willie Desjardins, General Manager and Head Coach. ” We would like to welcome Henry and his family to the Tigers Organization.”