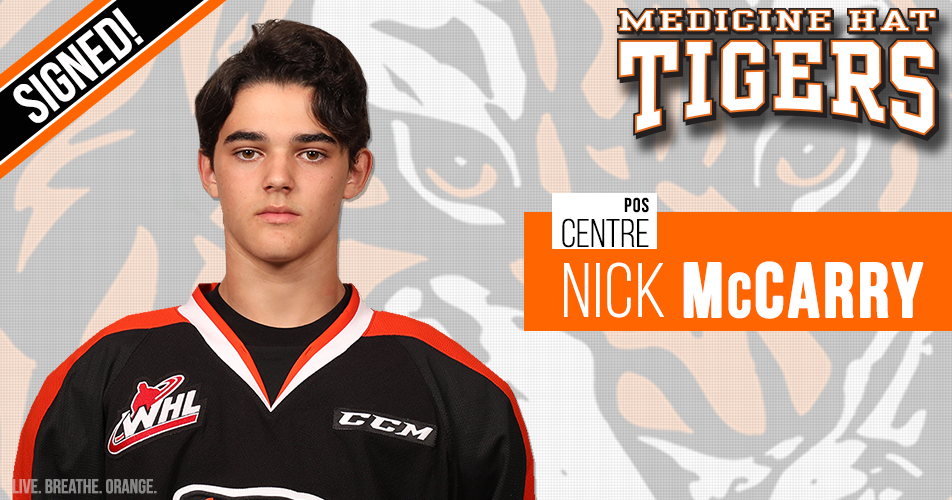 Medicine Hat, AB — The Medicine Hat Tigers have announced that forward Nick McCarry has been signed to a WHL Standard Player Agreement.

McCarry, a 2001 born centre, spent the 2016-17 campaign playing for the CNHA Canucks of the Alberta Major Midget Hockey League. The 5’7″ 135 pound forward would average over 1.5 points per game as he would record 26 Goals and 30 assists in just 37 contests. McCarry also added 4 more points in 5 games during the postseason.

“Nick is a talented and dynamic young player. We are thrilled that he has chosen the Tigers and the WHL Scholarship Program as his path to reaching his hockey and education goals. We welcome Nick and his family to our organization.”
– General Manager & Head Coach, Shaun Clouston

McCarry will make his debut as a Tiger this upcoming Saturday, as the Tigers travel east to Moose Jaw to continue the preseason.